I have to admit that when I'm tagged for a meme I'm in two minds. On the one hand it's extremely flattering to be singled out and very nice to have my blog linked. And sometimes the memes are a lot of fun and I really enjoy doing them. The truth is that you can usually be flexible with the instructions and pretty much do what you like. On the other hand, there is a bit of pressure, especially when the theme doesn't immediately inspire, you're rushed for time, have blogs planned for the forseeable future (who does that?), or you've done something similar before. What do you do? Apologise and say 'I'm not doing it.'? In fact there's no polite way to opt out. My coping mechanism has been to ignore it for a while until my conscience gets the better of me, I find the time, and the mood strikes. So thanks for your patience Rosa, Rebecca and Anna and sorry if it's not what I was supposed to do. I appreciate the love.

On November 19th (yes that long ago) I received a tweet from Rebecca at Here Come The Girls saying 'Tag, you're it!' She had tagged me for the meme described by the badge on the left. There is the usual thanking and appreciating the person who tagged you - not hard as Rebecca writes hilarious accounts of coping with three girls (a 5yo and toddler twins). She's especially graphic about how to respond to the inevitable comments people make when seeing you out and about with twins. Read this, it's LOL. 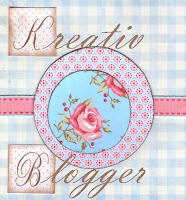 Then the meme invites you to say a few things about yourself. Well, I actually did this back in April when I was awarded the Kreativ Blogger Award. So you can see what I wrote then and, honestly, I'm still the same person I was back in April - except that I binned Klout this month as I refuse to be a product to further their business.

So blow me down with a feather if I wasn't then tagged by Rebecca again on December 2nd with the Liebster Award. It was obviously a big thank you for ingoring her completely the first time.

This one is all about spreading the love. I actually received it once before from a great writer, Rosa, who, in her own words, is still looking for Mr Right in the back of the fridge. She blogs at A Farewell to Horizontal Stripes and is guaranteed to have you wiping away the tears - either kind, or both at the same time.

Meanwhile Anna at Adventures of a Middle Aged Matron tagged me for the I'm a Celebrity Get me Out of Here meme. It involves questions like: What special skills do you have that would equip you for survival in the jungle? (I could scream anything that looks alive to death maybe?) And, what is the bravest thing you've ever done? (Walked across the main road when the red man was still standing. But only because I was about to miss the bus on the other side and I checked a million times that nothing was coming.) So you see this one just isn't for me. I can't even watch the program on tv as it grosses me out. Sorry Anna.

However, the final part of the meme is to say why your nominater is a star. Well that's easy. Anna has a way with words, a turn of phrase, and an observant eye that just hit the mark every post. Every one is a LOL gem. Definitely one not to miss at Adventures of a Middle Aged Matron. You'll never look at the Vicar's wife in the same way again.