Sound And Light On Jerusalem


One of the mothers in DD's class had the great idea of us all meeting tonight at the sound and light show at The Old City of Jerusalem. So off we went. There were at least four families there from DD's class but we only met up with one of them - on the bus on the way home. Lol. It was packed. 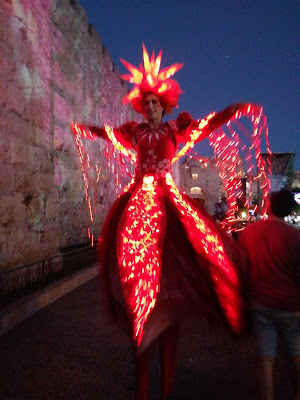 I joked that there were so many of us we had to split into groups. We were Group 1 of course and we had the best time. For one thing it was just nice to be out in the cool evening air. 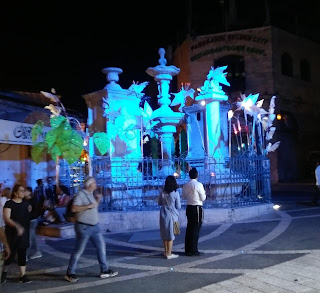 There are three different trails you can follow. We took the green route from Damascus Gate around the outside of the city walls to Jaffa Gate where we bought sustenance to continue on our pilgrimage. Then we followed the red route which winds through the Arab Shuk inside the Old City towards the Christian Quarter and out of the New Gate (which is between Damascus Gate and Jaffa Gate). 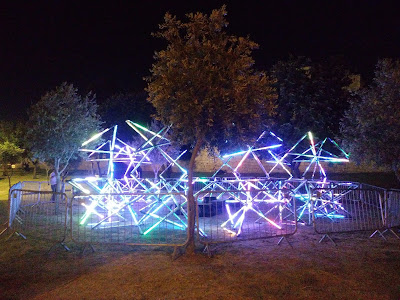 I'd like to do the blue route which goes south around the city walls passed Zion Gate to Dung Gate. It's the longest route but I reckon it's the most spectacular and least crowded. And there are short cuts back through the Old City if you want to just do some of it. Sounds like a plan for next year.


All that's left is to say - enjoy the photos from #Rubbishphotograher.