Because We Need R2BC Today 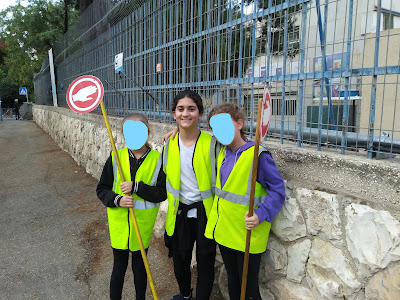 I'm totally out of sync with the newly revived Reasons 2B Cheerful linky over at Becky's Lakes Single Mum, but today we need some R2BC.

Over 150 Rockets have been fired at Israel from the Gaza strip since last night. Today all schools and non-urgent work was cancelled from Tel Aviv in the centre of the country down the coast to Beer Sheba in the south. (Incidently, each rocket costs between $10K and $100K apparently. Just saying.)

1
The Iron Dome
We have the iron dome which intercepts most of the rocket and explodes them in the sky before they hit land. There have been a few injuries today when people running to the bomb shelters have fallen, but thankfully no serious injuries. One very scary video clip showed a rocket that the iron dome missed, exploding on the motorway just behind two travelling cars. Jerusalem has been quiet so far and we are praying for a better night for those in the security areas.

2
I Subscribed
The Times of Israel is the online newspaper that I read regularly and rely on for good quality analyses of news about Israel and the Middle East. The other day they sent an email announcing a new Times of Israel Community. Basically it was a request to pay a nominal and discretionary amount for the subscription. It's voluntary. The content will not be behind a pay-wall and I could have continued receiving all the articles and features in my inbox without paying a shekel. However, I also read The Guardian and The Telegraph (both UK papers) online and don't pay a penny for them. I feel that there comes a time when you have to contribute for some of the services you enjoy or they will cease. So I was happy to sign up for a mere $6 a month.

3
Team leader
DD is taking her job as one of the team leaders for the school crossing guard very seriously. She has a team who all have back-up substitutes in case they can't make it (half an hour before school starts and for half an hour at the end of school). On her days she's on the phone the night before whatsapping her team to remind them to be on time and check that they are coming. A couple of time another team leader couldn't come so she rushed out at 7.30 am to take her place.

We live right by one of the crossings and if I know the child on duty I take a photo and send it to his or her mother. I'm the secret Mother's Pride Patrol. LOL.

Email ThisBlogThis!Share to TwitterShare to FacebookShare to Pinterest
Labels: life in Israel, Reasons 2B Cheerful, school, war, war against terrorism