Today there is an article in The Mail Online about how the Middleton family are cashing in on Skyfall, the new James Bond film. As usual the Daily Mail sets the tone and invites comments of general outrage. Sometimes the comments under an article tell the DM to stop being ridiculously pathetic and can be absolutely hilarious. I love it when the true British dry sense of humour comes out as with yesterday's silly article about how chef Heston Blumenthal swabs his mouth with a tampon between bites so as to maximise the taste experience. One fellow wrote: What a great idea, I  must try it tonight with my beans on toast. I LOLed.

Today, however, the comments of general outrage and outright venom poured in. This not the first time this has happened. People were also put out about the Middletons' party business making money out of the Royal Wedding, the Jubilee and the Olympics. It seems that the Middletons are now fair targets. Any success is obviously a crude cashing in on their Royal connections, tacky and just plain greedy (all accusations thrown today in the DM comments).

Since when is running a successful business tacky and greedy? No one slams Primark for being tacky and greedy. JK Rowling was a struggling single mother who wrote a few books and she's practically a saint now.

Carole Middleton started Party Pieces by putting together party bags at her kitchen table. They were already millionaires by the time Kate started dating William. They built the business through hard work and initiative. When the Royal wedding was announced Kate was the darling of the masses - a commoner making it into the closed ranks of the aristocracy. A real success story, if not quite Cinderella.

Since then it's been down hill all the way for the Middletons as far as respect and public opinion goes. It seems that the British love a good success story unless you become too successful or are seen to be enjoying it too much. Then all outrage and venom breaks loose.

The thing about parties is that people need an excuse to have them - birthdays, Christmas, New Year, Midsummer, Back to School, Hallowe'en, Guy Fawkes, retirement, Bar/Bat Mitzva, wedding.... It doesn't matter the excuse, you never get an invitation saying: We're having a party because we haven't had one for a while and we feel like it. A party business provides the props to go with all the myriad of occasions and themes people choose. When a new blockbuster film comes out there are wizard parties, hobbit parties, or secret agent parties. There are Bafta, Grammy and Oscar parties. There are X Factor Final parties and World Cup Final parties. For all these parties we like to decorate and have the props.

We all opposed and decried the strict bans on any displays of Olympic themes that might benefit small businesses during the Games. Events like the Royal wedding, Jubilee and the Olympics are supposed to be national events that we can all benefit from. The nation paid for them after all. What would Christmas be like without the decorations, nativity scenes and Santas? The Jubilee would have been a bit flat without the street parties, school celebrations and the bunting don't you think?

Party Pieces is a successful business providing a service. If people didn't want that service the business would fail. As one (heavily red arrowed) commentor wrote: Some people are confusing opportunism with responding to demand. The Middletons work hard for their money unlike many of the aristocracy who were born into large tracts of land and lucrative trust funds. One comment in the DM had the audacity to say: This is why the Royal Family should never marry a commoner. Other comments said that the Middletons' greed and pushiness would be the downfall of the Royal Family. 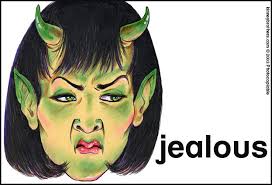 If you only read the DM you'd think the British are a nation of jealous losers. It's ok to be born into wealth but not to earn it through hard work? When a small travel company gave Mr Thomas Cook a free weekend in Paris they were applauded for taking advantage of the company Thomas Cook's shortsightedness. Taking advantage of a situation is how businesses thrive. Only the Middletons aren't included in this economic general principle.

I have to admit that I was a little ashamed as well as disgusted with the comments in the DM today.

All pictures from Google images.