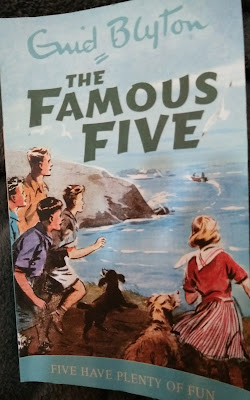 Here are my reasons 2B cheerful for this week. It was a good week. I'm on the R2BC linky over at Michelle's Mummy from the Heart if you'd like to read other entries from all over the world.

1
Two Orchestras [noch].
Remember how I went to Hell and back (literally) to get DD's clarinet. Well imagine my surprise when she came home with a letter inviting her to join two orchestras. One is the school orchestra and one is a Jerusalem orchestra for children from different schools. The latter is back in Hell but they have a bus to and from school.

I told a friend that DD is in two orchestras. I heard a hint of pride in my voice, or it could have verged on smugness. My friend was suitably impressed and asked what instrument she plays. I replied, "I don't know. Nothing. The clarinet goes back and forth to school every week but I've never heard her play anything."

In light of the lack of practice and enthusiasm, I assumed that all the kids were invited and that most of  them would do it. I'd already made my protest (and got over it) so I just kept quiet and sent back the permission slip. One parent asked if it was possible to only be in the school orchestra. Maybe her son already  has an activity on Wednesdays and the JO is from 4 - 6 pm so it's quite a commitment. And it's not free but I'm happy to pay if there's a chance we could possibly be a musical family after all. I've always fancied that.

On Wednesday morning on my way to the bus I passed a few of DD's classmates. None of them had their instruments with them. I asked if they were going to the orchestra and none of them were. When I went to meet the bus at 6.10 outside school, I was surprised to see that it was a mini-bus holding about 15 kids. There are 60 kids in our 4th grade. Hmmm. Turns out us musical types are an elite few. ;~p

2
No Shopping, More Cooking
Very little shopping this week after last week's supermarket haul but lots of cooking as the vegetables do need prepping before they pass the point of no consume. This weekend I made another big vegetable soup - this time to eat over the week as there's no more room in the freezer. Roasted cauliflower. Baked potatoes, and more latkes (because there was still room in the latke box in the freezer from last week).

3
The Famous Five
I thought I'd written about DD's amazing birthday present from my cousin, of a boxed set of The Famous Five. No matter, it will eventually get a whole blog post to itself. I read the first book to her but I insisted she start reading the next book herself. She's not a big reader because she thinks it will be  hard slog. Remember that she doesn't read any English at school so all her educational and most of her incidental reading is in Hebrew. Anyway, I made her read one chapter last Sunday. Not only did she surprise herself by finding it easy, she also enjoyed it. So I implemented a chapter a day rule, to be read before screens.

I distinctly heard myself also saying that the rule included 10 minutes of clarinet practice before screens but apparently I must have said it in my head because that didn't happen.......yet.