After A Horrific Week 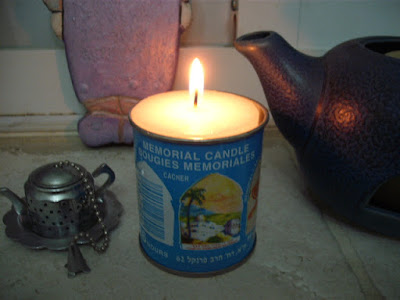 I found it very hard to get my head around writing Reasons 2B Cheerful this week, without mentioning all the terrible events that happened. On a personal level it was a good week but on a community level it was horrific. I feel I need to pay my respects to the community first and I'll come back tomorrow with some personal R2BC.

Last Shabbat 11 Jewish worshipers were shot in a Synagogue in Pittsburgh, USA. Jews everywhere are reeling. It could have happened anywhere and we all have friends and family everywhere. One elderly mother buried two if her sons. One victim was a 97 year old holocaust survivor. Synagogues in the US and the UK, which should be open and welcoming places of God, are seriously considering having armed guards on the doors.

On Tuesday we had a lovely, sunny, municipal elections day which was designated to be a public holiday. Many families went on trips to the beaches, the parks, or the Dead Sea. A family of two parents and six children were driving home from a day out when a car coming in the opposite direction tried to overtake on a blind bend. He hit the family head on and their car burst into flames. All eight were burned to death inside the car. No I didn't know this particular family personally but we are all families in a very small country sharing the roads with drivers who gamble with our lives, either by reckless driving or using their phones whilst driving. The whole country was in shock. It could have been any of us.

Yesterday we heard that an 18 month old baby in Jerusalem has died of measles. A disease that was almost eradicated years ago and one that children in Israel are routinely and without charge, vaccinated against. This baby's parents belong to a cult sect of ultra-orthodox Jews whose rabbis have told them not to vaccinate. I don't know the exact reason why not. They are against the State of Israel as an authority as only God can protect us and only the Messiah was supposed to bring about the return to Zion. Something like that. They are against modern technology because it makes knowledge of the outside world available to all their followers. And against science because it keeps proving things they don't believe in. Basically it's a power struggle and one child was sacrificed for it this week.

And today I received frightening photos from the kibbutz where my friends live, the kibbutz that we go to for holidays and festivals sometimes, my happy place.... A balloon carrying a bomb was let off in Gaza and landed on the path right by my friends' houses (I have several friends on that kibbutz). It hit a jeep that burst into flames, and it started a major fire of trees and bushes along the path. What child doesn't run to catch a balloon floating down from the sky? Israeli kids don't. One of these balloon bombs was found as far from Gaza as Jerusalem (1.5 hrs drive in a car) a few weeks ago. I, and all parents here, had to warn our children not to touch balloons in the street.

Here's to a much better week and may you all have a calm and peaceful weekend.

Email ThisBlogThis!Share to TwitterShare to FacebookShare to Pinterest
Labels: death, life in Israel, war against terrorism