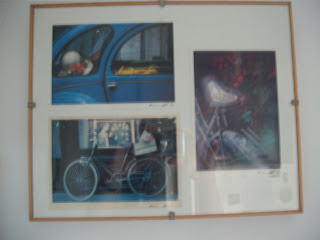 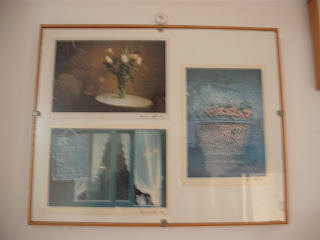 The photographs (on postcards) are by Carlos Spaventa and the frames are from Habitat (circa 1985). I had recently fallen in love with art. Mainly French impressionist paintings but also more modern paintings. I was working in my first job after college and I was practically paying them to employ me. There was no way I could afford to actually own any real art and I didn't want posters. Posters were so 'student' and I was planning on becoming a snob one day - as soon as I could afford it.

Meanwhile I discovered Art Postcards. There was a whole section of them in John Lewis, Brent Cross and I started to buy. I'm not sure what I was planning to do with them all but I had quite a collection after a while. And one day I discovered Carlos Spaventa and I fell in love with his photography of Paris. Pretentious? Moi?

Looking at Carlos Spaventa's website today (which, incidently, shows much better pictures than my attempts at photography) I remembered another four of five postcards that I also wanted to display. But I only had the two frames and more than that would have been overkill. I distinctly remember agonising over which postcards to discard and which to include.

Almost 30 years and several homes later, I have the two pieces on my kitchen wall. And I still love them. 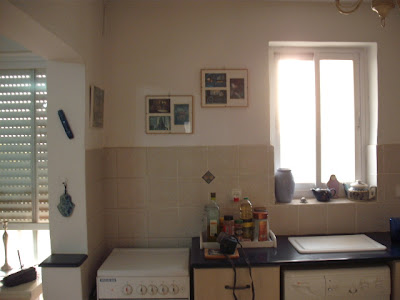 Email ThisBlogThis!Share to TwitterShare to FacebookShare to Pinterest
Labels: Art I Heart