#ArtIHeart 15 - Rabbi On A Bicycle

I bought this signed, limited (400) lithograph in about 1997, a couple of years after it was painted. Alexander Klevan (b. 1950 in Siberia and emigrated to Israel) paints a variety of subjects including Rabbis rushing around on unlikely modes of transport (bikes, roller-skates and skis), women (in various stages of undress), still life (flowers, fruit and wine), romantic spiritualism (think Marc Chagall and Klevan actually has his own Fiddler On The Roof), Mediteranean coastal scenes and clocks (often hidden among other themes).

I bought it because I love the colours (and I thought it might  balance out the problem caused by this painting). The subject is a little comical which appealed to me even though I don't usually choose specifically Jewish themes in art. If I were choosing again I might pick one of the following which I also love (although the woman wouldn't help with this dilemma): 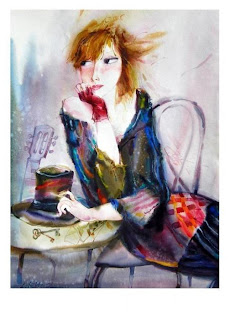 Here's my copy on the wall in my apartment: 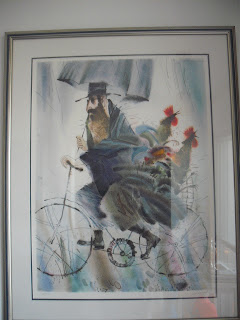 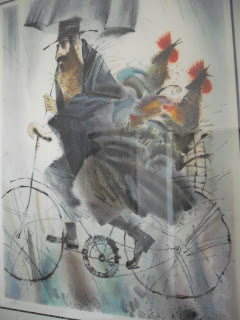 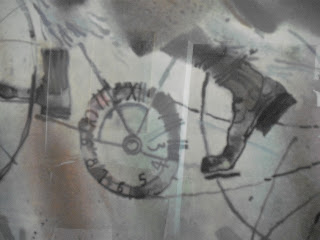 And here is a much wider slection of Klevan's work:

Email ThisBlogThis!Share to TwitterShare to FacebookShare to Pinterest
Labels: Art I Heart