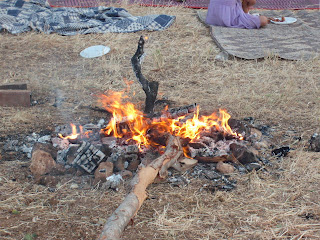 Tonight is Lag B'Omer. It's a day of celebration in the middle of seven weeks of restricted fun from Passover until Pentecost. There are various stories, myths and customs connected to this whole period - I suggest you google The Omer and Lag B'omer if you're interested. I'm merely going to offer you a glimpse of what tonight means in Israel today: bonfire night!

About two weeks before the kids start collecting wood. They collect from the recently pruned trees left by the side of the roads for the rubbish trucks, they raid building sites and the back of supermarkets for delivery palettes, they scour the neighbourhood behind buildings and anywhere they might find discarded wooden doors or furniture. And they "borrow" the supermarket trolleys to aid the collection. 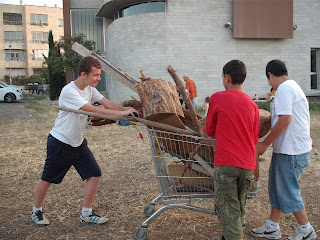 DD and I set out to the wasteground at the bottom of our street at about 6.30pm. On the way we met teams of supermarket managers going round with big vans to collect up their trolleys. "It costs them 5 shekels," one of them told me, "but it costs us a fortune." I asked him why he didn't wait until the morning as the older kids don't even start until about 9 or 10pm. "We're out all night," he told me. "We need to grab them before some of the stupid ones try to burn them on the fire." 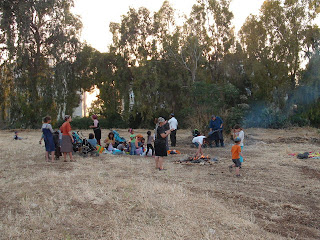 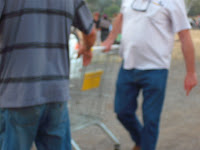 At 6.30 it's still light and the younger children are out with their class or families for an earlier bonfire. 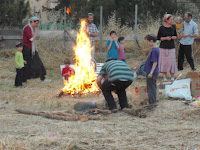 However, the older ones who start much later and stay out all night, have sent scouts ahead to secure their spot. They also guard the wood as it comes in. Parents drive up with boot-loads, more trolleys... the amount of wood collected is phenominal. And it just kept on coming. 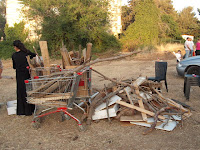 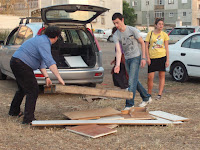 Some of the bonfire structures were works of art. 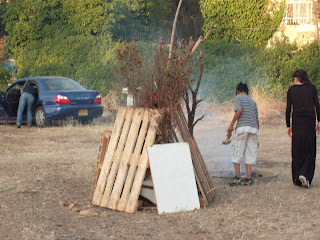 And some of the bigger ones can be quite scary when alight. 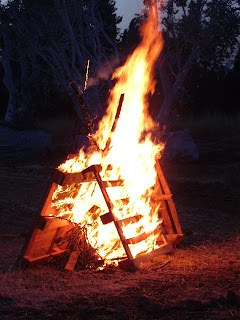 But Israelis are good about putting them out afterwards. By the time it was getting dark some of the younger parties were already done. 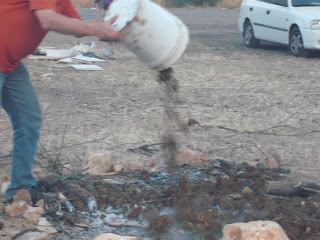 DD and I found some friends who kindly invited us to join them. In fact there's a lot of comraderie. As 'our' fire was lit quite early we had a lot of requests to take a starter flame from us. 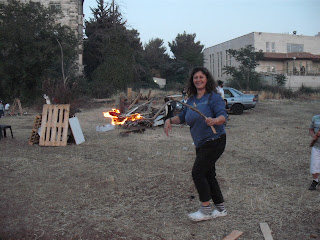 Obviously there was a lot of food about (we are Jewish after all). Our lot put marshmallows on skewers and melted them over the fire. After dessert they burnt the sausages and gleefully gobbled them down in bread rolls with ketchup. 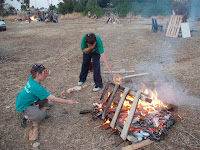 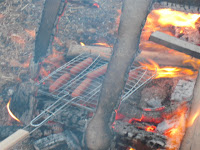 Some parties were more elaborate. 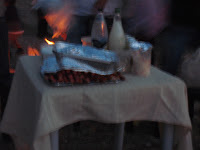 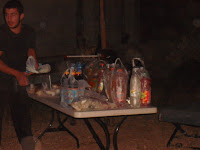 DD stuck to marshmallows which she enjoyed cooking but declined to eat after they were all black. 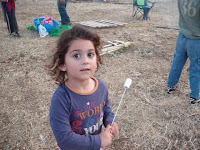 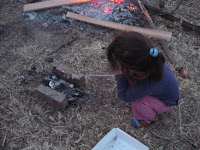 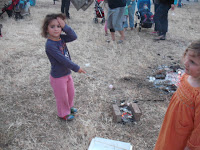 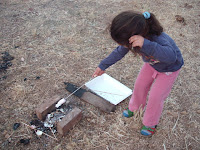 Then the big boys started to arrive and they came with their music and more wood. 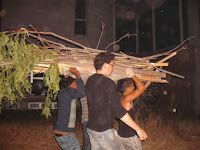 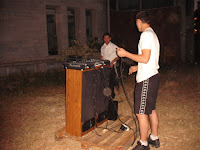 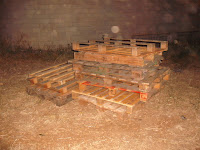 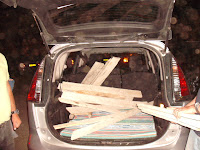 After that things just got crazy. 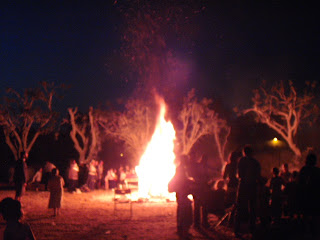 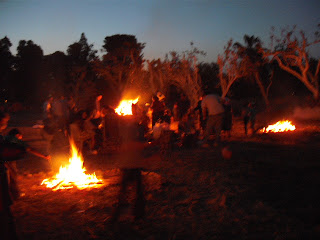 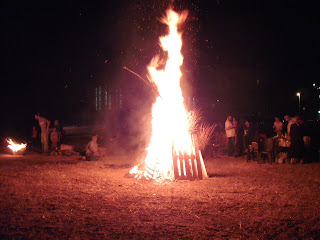 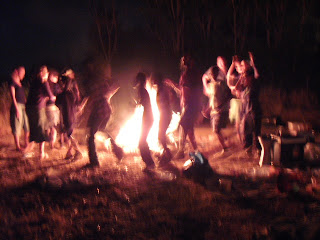 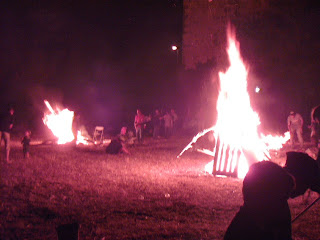