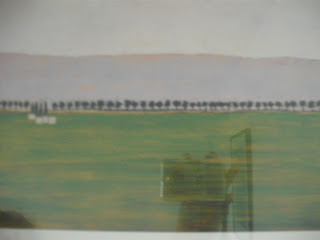 It's a print by Israeli artist Itzu Rimmer, who I only found out today studied in London at St Martins and Harrow Art College - not too far from where I grew up. Not a very good photo, as usual. You can clearly see the reflection of the camera in the glass (held up by my hand). Oh well. I could've taken the pictures down and done a better job but I didn't. You see it's one of three: 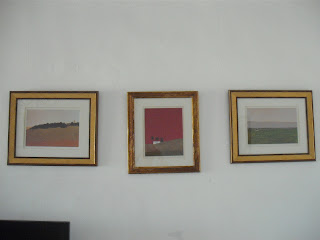 I was walking home from work one day and saw three other Itzu Rimmer prints mounted in a triple frame outside a gallery. My interest was piqued and I went in to find more. In the end I prefered to choose my own three prints that were framed seperately. I bought them there and then. Here are closer views of the other two (both with my relfection getting in the way): 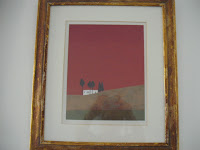 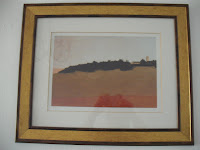 However my favourite is the one on the right. Partly because I love the colours but also because of the view if depicts. My first visit to Israel was for my gap year - a year long stay on a kibbutz in the Beit She'an valley (south of Tiberias and the Sea of Galilee). Looking west toward the River Jordan and the Jordanian Hills, this was very similar to what we could see. It reminds me of being a 19yo and getting up at 4.30am to pick avocados or pomegranates, depending on the season.

Towards the end of our year the First Lebanese War (called Operation Peace in the Galil) broke out and all the young men, and many of the older men too, were called up to their army units. The kibbutz women took over the men's jobs and the gap-yearers were elevated to jobs with more responsibility to take over from the women. I was given a baby house to run and loved looking after five 2yos from 7am till 4pm every day. I'd worked with these toddlers before so I knew the ropes. I'd been the helper. Now there were no helpers, it was just me. 30 years later when I'm on my own with a 3yo, I can't believe I had the patience. 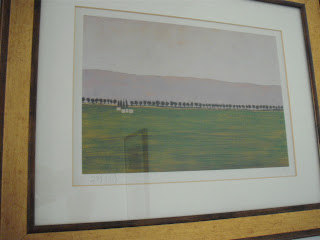