Bathrooms Finished But Not Finished

So here'e the thing. Although the bathrooms are finished (here's the back story) and look very nice, you mustn't look too closely or if you do, you have to ignore the little flaws in the finishing off that the builder wasn't bothered about. It's an Israeli thing - they cannot attend to the details.

The Israeli Aircraft Industry which designs the finest up to the minute aircraft has to import design engineers from England to draw up the final plans because they have to be so exact that Israelis just cannot deal with it. - A friend met one of these British plan-drafters on a flight to Israel. Another friend lives in a luxury block of apartments where the corridor to the bedrooms isn't the same width at either end. My walls aren't just not straight - they're positively wavy. It's an impulsiveness to just get on and do it without too much planning or attention to detail because, hey, it'll be fine!

I'm trying to forget about the nick in the tile above the toilet that the builder covered with grout, hoping I wouldn't notice. Of course one wipe with a cloth and it came off. The rough finish on the shower surround which he did himself instead of getting his much more competent worker to do - obviously costs less that way. The three dots of grout on the wall below the shower curtain rail where he placed the rail too low and had to move it up. The blob of gummy sealant on the side of my new toilet that I can't get off. The plastic hinge covers from my IKEA cabinets that he threw away. The jagged edges on the bits at the back he had to cut away to fit round the water pipes - he is no carpenter....

But he never said he was a carpenter. The bottom line is that when I have the budget to buy the best and employ the expensive guys, I'll get the best. Meanwhile I have very nice... just don't look too closely. 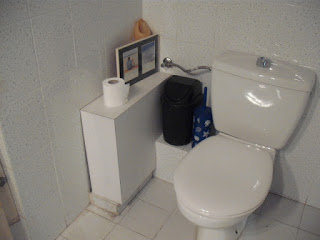 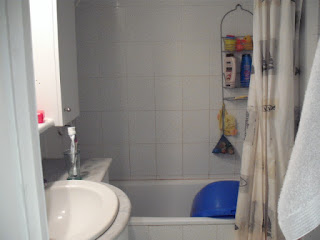 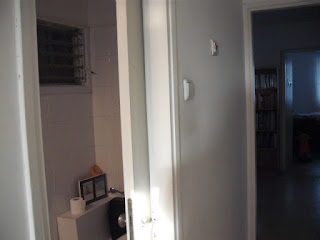 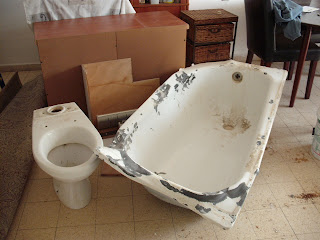 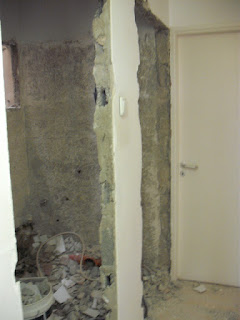 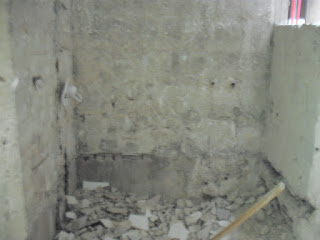 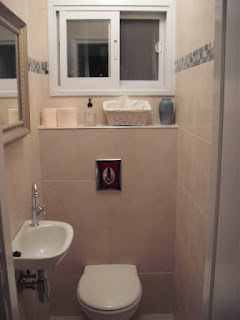 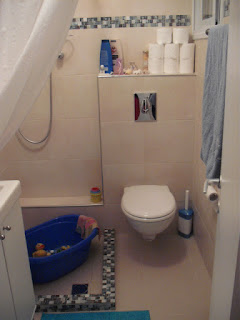 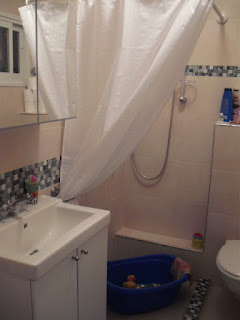