Cousins At The Marathon 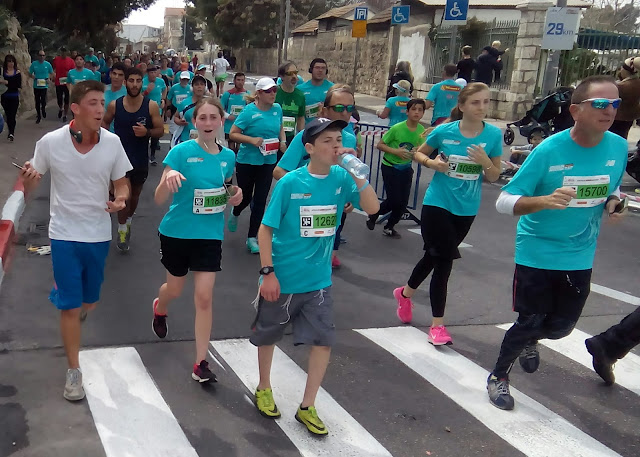 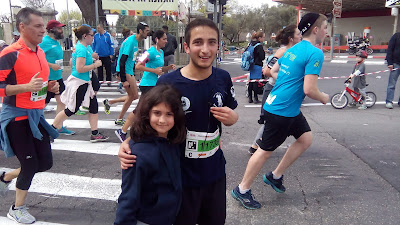 We pushed ourselves further this year. Instead of stopping at the end of the road to see the full marathon runners and the half marathon runners, we walked up to the top to catch the 10k runners. Well we had an ulterior motive. My nephew was running the 10k. We saw him and got this lovely photo before he ran on into the horizon. Off again with the crowd.

He didn't wear the kilt, in case you were wondering. 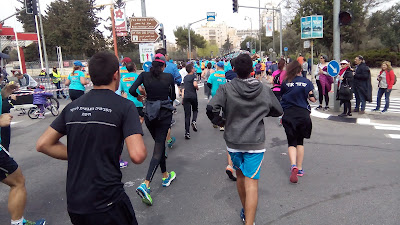 So we passed the bouncy castles and other activities for the kids at the end of our road and we turned up towards the old city. There was something extra magical about seeing all the runners descending from the ancient city of Jerusalem. Like it was the original marathon run from ancient times or something. The photo looks a bit cartoony as it's cropped from a much wider vista. 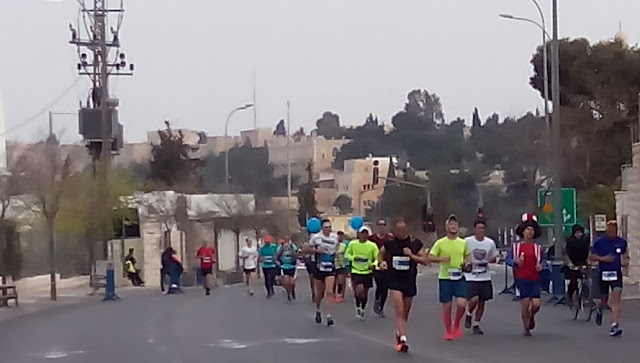 We saw lots of runners we knew including many we didn't know were running. One of my heads of department from college suddenly called my name as she jogged passed. Friends older and younger. Past pupils and parents. And finally the head of English at the school I teach in walked passed us heading in the opposite direction. "What are you dong?" I asked. "Where are you going?" 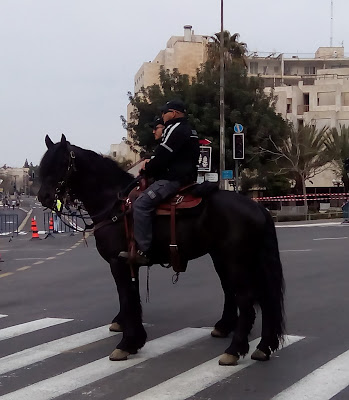 She had arrived at the central bus station from staying out of town over night with her married daughter and had to walk home - a three hour walk and probably a good 10k - because there were no buses. Actually there were some buses but they were being used to block the side roads.

Kol Hakavod to everyone who ran today. It was a great morning to run and to watch. 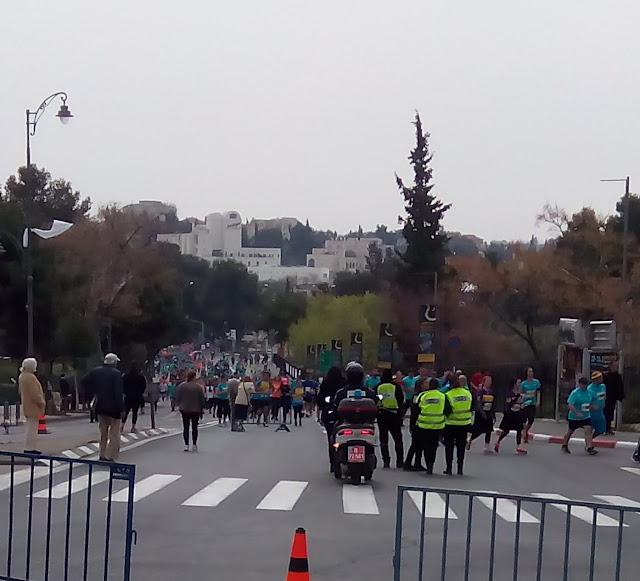