A Country In Fancy Dress - Except One

Today is the day when the whole country dresses up in costume. It's the last day of school before the Purim holiday. Of course the real days of Purim are on Thursday and Friday when there will be more dressing up but today all the schools have half day and it's one big costume party. Imagine if you did Halloween at school the same as the last day of the Christmas term - that.

Those who have been reading my blog for the past four years will know that I have had varying success in getting DD to dress up. Usually I lost but the nursery teacher managed to persuade her and we got a few photos.

This year the school went all out with a dressing up theme for each day for almost a week. Last Thursday each year group had a colour. I managed to get DD to wear her red t-shirt and red sweatshirt (I even slipped in red socks under her blue jeans). On Friday she flatly refused to be an animal. On Sunday she had no interest in being a boy. And luckily her class had a theatre outing yesterday so they were asked not to come in pyjamas like the rest of the school (although they could bring them in a bag to wear afterwards which we didn't of course).


Today, however, is the big parade. There are two schools and five kindergartens in our street and round the corner. (There is also a teacher-training college round the corner - honestly it's like living on a campus sometimes.) The street today was awash with costumes and disguises. Even the teachers and some parents joined in. 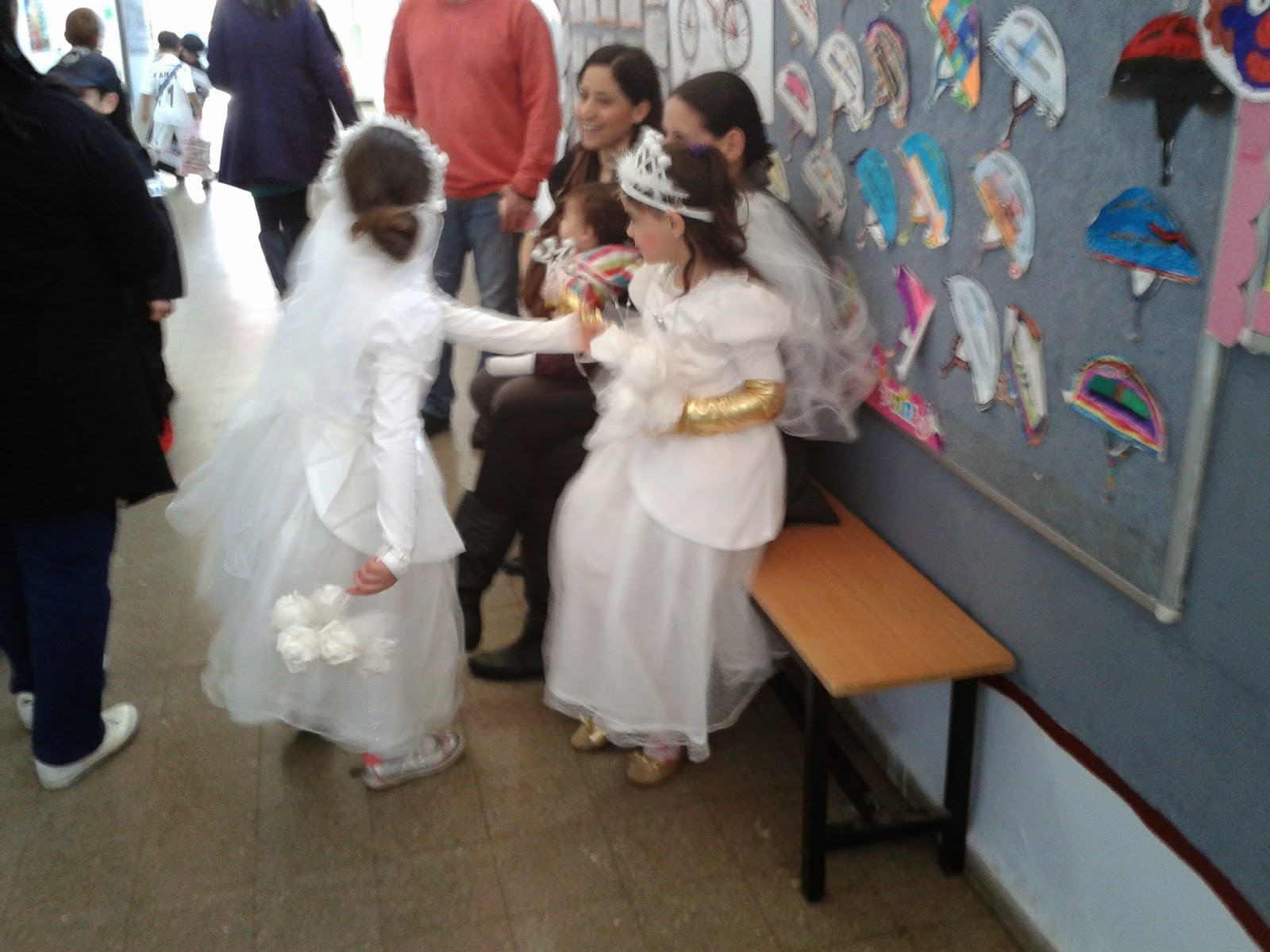 DD wore a t-shirt, jeans, and a plain hoody. I think she may have been a bit shocked when she saw that everyone was wearing a costume except her as she didn't want to stay. The teacher suggested I bring her costume in a bag.

I came back 10 minutes later with the strawberry costume in a bag.

I left it in case she changes her mind before the big parade but I'm not hopeful. *sighs*