Eleven years ago I went with three friends to Paris for four days. Four friends from primary school spending four days in Paris to celebrate our 40th birthdays.

We had come from all over - Jerusalem, Los Angeles, London, and Brighton. So on the last day we all split up at different times to go our various ways. I was rushing back to the hotel where I had booked a taxi to take me to the airport. I was rushing and collecting conkers along the way (it was September) when an old tramp stopped me. 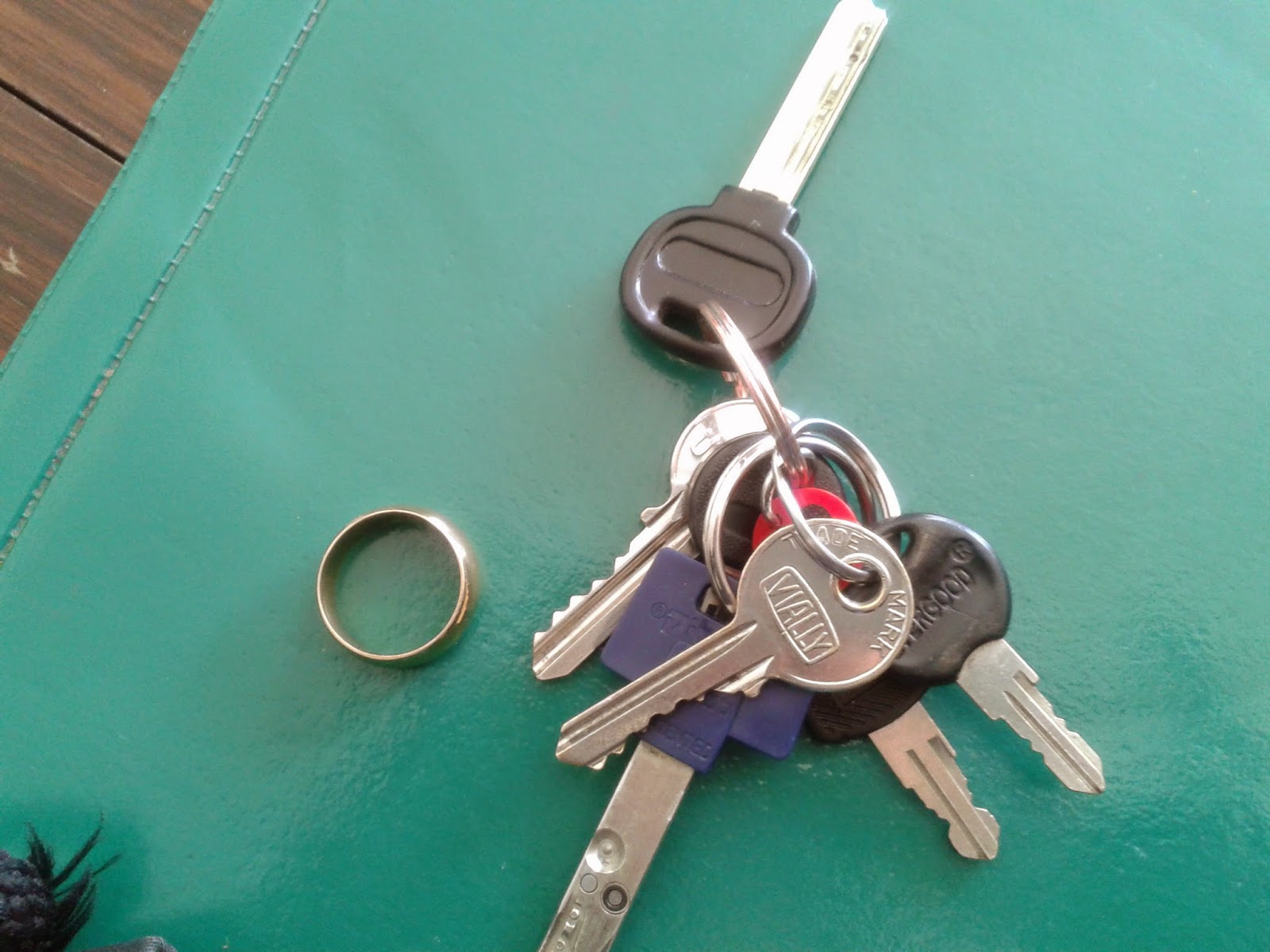 He asked for money and started waving a ring about, showing me the hallmark and miming about how heavy the gold was. I was seriously in a hurry by this time, I didn't care about the ring - I wasn't sure what he was going to do with it anyway. I certainly wasn't going to buy it from him. I opened my purse. I had a 50 Euro note for the taxi and 3 Euros in coins. I gave him the 3 Euros - it was a sort of 'Thank you Paris' for showing us a good time as well as a small act of charity but mostly it was just the quickest way to shake him off and move on. The tramp dropped the ring into my hand and left. He didn't seem at all bothered about the fact that I'd only given him 3 Euros for it.

I kept the ring. It was a large man's wedding band. Far too big for even my thumb. About three years later I had an insurance assessor come to value my house contents and I threw the ring in with some other jewellery. The insurance man valued it at 3,000 shekels (500 GBP)!

I never told anyone this story as I'd felt a bit guilty about taking a gold ring from a poor tramp. Now that I knew it was worth 3,000 shekels I was even more uneasy about it. Not so uneasy as to cash it in and give the money to charity though. 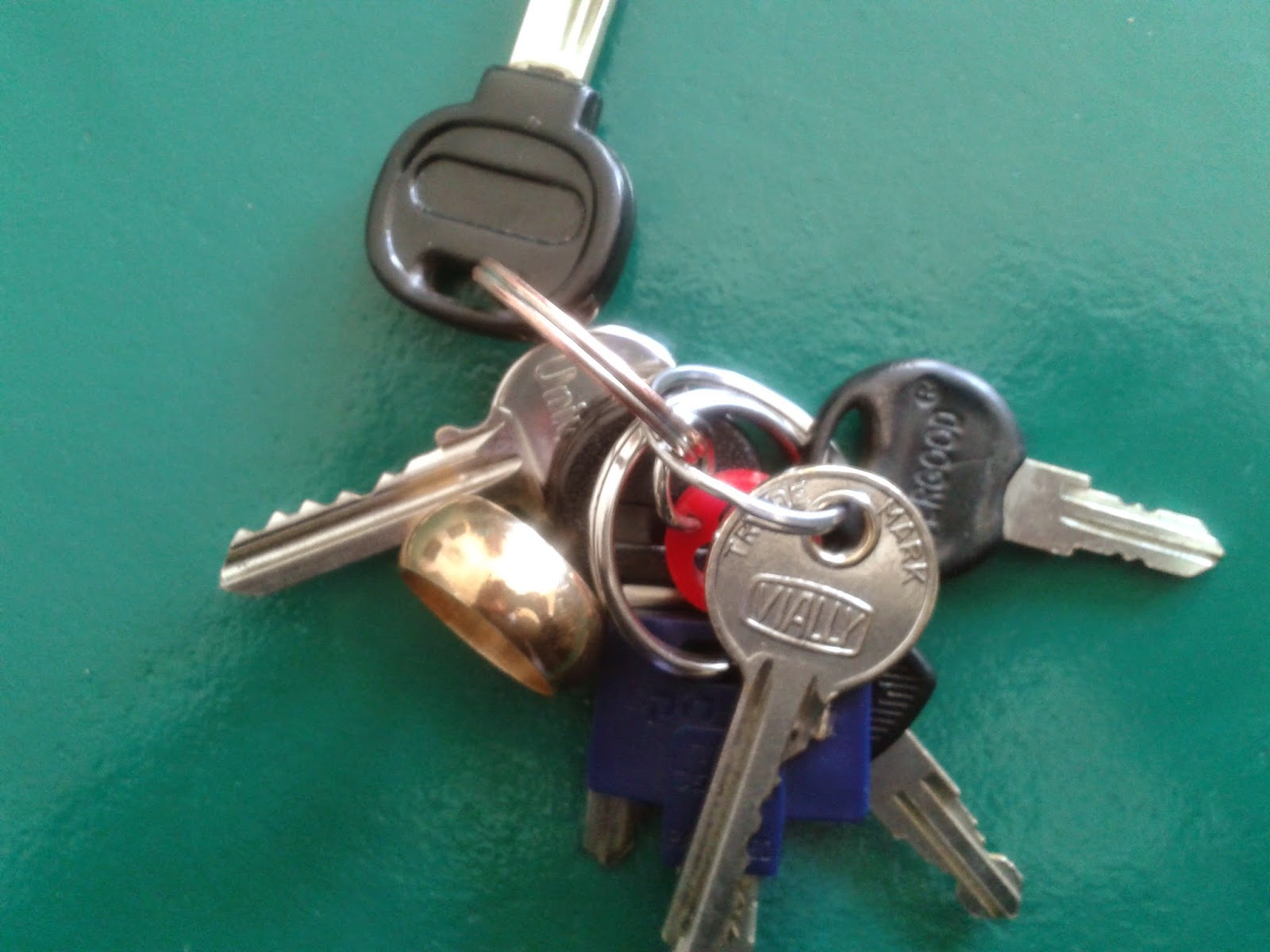 A few weeks ago a friend told me about a shop in Jerusalem where they buy gold. So this week, after my mega decluttering efforts, I took the ring downtown to sell it. I was already thinking about next month's mortgage being taken care of as I handed over my heavy band of gold to the jeweller.

He was instantly confused. What colour gold is that? He examined it, hallmark and all, and declared it to be brass. And it's worth nothing.

Now I'm wondering what to do with my big brass ring. Here are the options:

1. Make it into a doorknob. (Too small)
2. A napkin holder for elves. (We don't know any elves.)
3. Wear it on a chain around my neck as a reminder of some deep and meaningful significance that this whole episode has taught me. (Not my style)
4. Hang it on the wall and polish it occasionally. (Isn't that what people do with brass?)
5. Take some thin paper and some charcoal and do a brass rubbing. (Or can you only do that in ancient churches?)

Email ThisBlogThis!Share to TwitterShare to FacebookShare to Pinterest
Labels: my issues