Despite not dressing up at all on Tuesday, DD did have fun at school where the whole day was one big carnival. When I picked her up at 4 we took the bus into town to buy her a belated birthday present - a new watch. Her first. 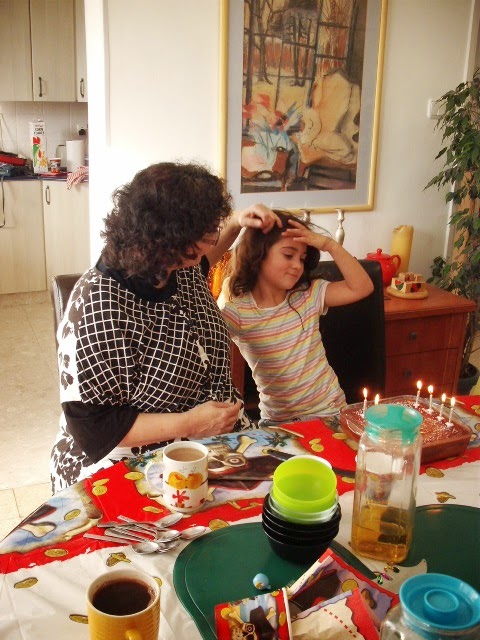 Here's the back story, We have a small group of older mother friends with only children. There are five of us and we met at various stages of pregnancy. One of the things we do is celebrate birthdays together. As three of the five children all have birthdays the same week (though three years apart), we try to spread the parties out a bit. What with one thing and another, DD's party was yesterday on her 6 1/4 birthday. The tradition is that each of the others contributes 50 shekels for a really nice big present. In the past we've had Playmobil, Lego, and a scooter.


My favourite old fashioned watch shop in town had children's watches for 59 shekels or a Cassio children's watch for 185. I was aiming for the 59 shekels because it might get lost and need replacing. So as we walked we tried to think of something to buy with the other 140 shekels.


Unfortunately the shop was closed. It's such an old fashioned shop (which is why I love it) that it follows the old tradition of early closing on Tuesdays. So at 5pm on Tuesday evening we went around the corner and bought another, light blue with different coloured numbers, watch for 100 shekels.


Then we got pizza for supper and went to the theatre to see Peter Pan the Musical. It was lovely. We clapped so hard to bring Tinkerbelle back to life she's good for another 100 years at least. Tuesday was a good day.


Wednesday started off good too. We made a cake in my new oven instead of buying one. I sort of made up the recipe from ingredients I had in the house and was quite surprised when a cake came out. We had our party. I had gift wrapped DD's watch even though she'd been wearing it the evening before, so we could present her with it at the party. The highlight of the afternoon was when my friend R took a second slice of my cake. :~)


Then everyone went home. DD looked at her watch and said, "It's 12 to 6." I told her that meant it was 6 o'clock. After I'd cleared away a bit she came and asked me to take her watch off her wrist and asked if she could play on her tablet. I was sitting with my laptop on my lap and she took the watch with her.


A bit later: Where's my watch?


Reader we have looked everywhere. We looked in the boxes of all the games that had been out. We looked in the sofa and in my bed (where she had taken her tablet). I even looked through the rubbish bags before taking them out.

So that's what you call a 25 hour watch. I'm hoping it will turn up. Where could it have gone, this is not such a big apartment and there were only the two of us in it? 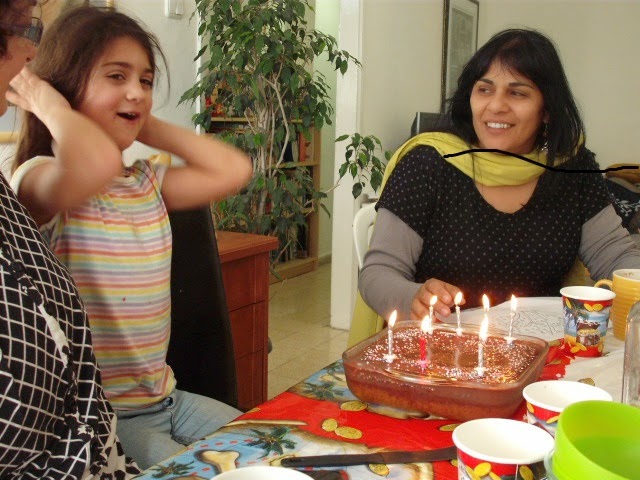 If it doesn't turn up I have another 50 shekels from one of the other friends (the fourth friend couldn't come to the party) so I'm thinking of the 59 shekel watches in the olde watche shoppe in town.


UPDATE: At 1.30pm on Thursday she found it on one of the dining-room chairs, which is exactly where she had left it. :)