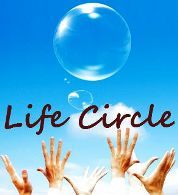 Kate asked the LifeCirclers to step out of their comfort zones this week. Last week I wrote about my list philosophy and the advantages of positive procrastination. The reason last week's list got almost finished was that I was running to do any task other than phone the plumber. Here's a brief history of the situation:

Nine months ago the 20 year old tap on my bathroom sink was leaking at the base where it's fixed to the sink. I called the building insurance people and was told, obviously, that taps weren't covered but they'd send their plumber to make sure there was nothing wrong with the pipes in the wall which are covered by my insurance.

A nice man came and confirmed that the tap was leaking, it wasn't covered by insurance and he could fix it through his private business. He fixed it, along with a couple of other things, and I paid him 850nis (about 140 pounds - sounds incredible but services here are very expensive if you're anything more or less qualified than a teacher with an MA and 25 years experience).

Nine months later the new tap is leaking. Step one was to file months of papers, bills and receipts in order to find the receipt from the plumber. I put this off for a couple of weeks but eventually did it and couldn't find the important receipt anywhere. I probably threw it out. Who would think that a new tap would need fixing after nine months?

So now I didn't have a leg to stand on vis a vis guarantee. I didn't have a number for the plumber, nor did I even remember his name. I don't have another 600nis or so to pay for a new tap and the leak isn't exactly gushing out water. Thus I did what I do best and ignored it, meanwhile doing everything else on my long list of tasks except deal with the tap - positive procrastination at it's best. My life hasn't been so efficiently in order for months. A result of sorts but a leaking tap will only get worse....

After acting out the worst case scenario whereby I explain the situation to the plumber, he laughs at me in a nasty and condescending way and tells me to get lost (slightly humiliating but I've been through worse things), eventually I faced my demons and picked up the phone to the insurance company. They had the original visit on their computer and could give me the name and phone number of the plumber. Plumber remembered me and happened to be in the area so he dropped in to assess the problem. There was a wobbly "I knew it!" moment when he explained that the tap company (for the tap he bought me) was responsible for the guarantee. But as he had bought the tap he said he would go back to the shop (his regular supplier) and see to it all. That was all last Thursday. Today I called him to see what the situation was. He still hasn't done anything about it but it's on his list. It's no longer my problem so I'm not stressed about it anymore. The whole thing last Thursday took maybe one hour after weeks of worrying about it. Why? Why? Why?

And tomorrow I'm stepping out of my comfort zone again by launching a new linky on my blog. Art I Heart - read about it here and do come back tomorrow, thanks :). Now that wasn't too difficult either.
Posted by Rachel Selby at 2/23/2012 01:03:00 PM