Are Faith Schools Breaking Down Society? 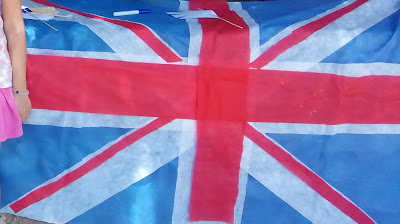 We, the Reasons 2B Cheerful regulars, decided to give it a miss this week, out of respect for the families of Manchester. Another alternative light-hearted post also did not sit well me today. I have been in turmoil since this evil terrorist attack and trying to make sense of where we as a society went wrong.

We need solutions not just platitudes. Piers Morgan and Katie Hopkins have offered their no-nonsense plans of action for crisis control. I don't disagree with them but we need to go deeper and examine some of the problems in our society. I am writing from Israel and we have some similar problems here. I'm not talking about terrorism. Terrorism isn't similar, it's the same evil wherever it occurs. I'm talking about religion keeping people apart.

I grew up hearing stories about Jesus, singing hymns, and celebrating Easter and Christmas in school while learning about my Judaism at home and at after school Hebrew classes. It was the dawn of multiculturalism and we had the local Rabbi come in to talk about Hannuka, Passover, and Shabbat. In our area there were not yet enough other ethnic groups to warrant any further multicultural events.

By the time I became a teacher the local authority schools were embracing Diwali, Ramadan and other Hundhu, Sikh and Muslim holidays. However, over the years there has been a rise in Faith Schools. Most of the Jewish community now go to Jewish schools (60% according to Wikipedia).

There is historical and political background. With the creation of Comprehensive Schools and the closing of Grammar Schools in the early 1970s, there was more demand for Public Schools. True to the laws of supply and demand, competition became fierce and tuition fees rose. The middle classes who prioritized academia  needed an alternative and Faith Schools offered a stricter curriculum than the free for all Comprehensives.

But still there were not so many - only 32 Jewish schools by 2001 when the Guardian shows the Government positively encouraging more Faith schools.

"...according to the Blair government, which believes they [Faith Schools] improve educational standards and wants to see more of them. Previous education secretary David Blunkett said he wanted to "bottle" the ethos of faith schools, and a recent white paper declares: " We wish to welcome faith schools, with their distinctive ethos and character, into the maintained (state) sector, where there is clear local agreement.""


Reading between the lines, I see this as meaning that the State system cannot deal with behavioural issues so it's best if the Faith Schools use their religions to control the kids (and scare the hell out of them as only religion can). By 2011. "about one third of the 20,000 state funded schools in England were faith schools, approximately 7,000 in total." (Wikipedia) And these numbers do not include all the privately funded Faith Schools.

When he went to University my nephew said that he was looking forward to meeting some people who aren't Jewish. He went to Jewish schools, Jewish scouts. Jewish clubs. Jewish football leagues, and prayed with a Jewish community. He'd lived in London all his life and he didn't know any non-Jews!

In Israel for many years we had very set state-run educational systems - The Ultra-Orthodox, the State Orthodox, the State Secular, and the Arab schools. Recent years have seen the rise of other alternatives. My daughter goes to a "Traditional" School. It would have been so easy for me to choose the State Orthodox school around the corner where I am friendly with many of the other parents and familiar with the community. But in the end I had to vote with my principles and chose the school that teaches Jewish values whilst not pushing Jewish practice. We have Orthodox, Traditional, Reform and Secular Jews, a community of Christians, and some African refugees in our school. I love the diversity and I believe our lives are richer for it. (No Arabs yet but it's a process. There is an Arab-Jewish school near us but only one so far.)

However, one thing Israeli State Orthodox, Traditional and Secular Schools have is a definite nationalistic agenda. All our children have to serve in the army and our survival depends on a level of national pride, love of our country, and national responsibility like no other nation I can think of. Once when I posted photos of Israeli flags hanging from windows, balconies and cars on Independence Day, other bloggers commented that it was strange to them, refreshing even, as in England (though not in Scotland or Wales) flying a national flag can sometimes be construed as sinister or provocative. How sad is that?

America is more into nation building than England. All school children pledge allegiance to the flag, the President, and the Constitution - all non-denominational by law. Further than that I can't comment. I know they have their share of Faith Schools as well and have also been tackling problems of internal xenophobia.

I am beginning to believe that as comfortable and cozy as it is to have your children in a Faith School within your own community, it might be the undoing of British society. I believe that religion should be a family issue and living in communities around your church, synagogue or mosque is a personal choice. However, the Government provides free education (yes I know we pay for it through taxation) and therefore the Government should enforce a national curriculum to encourage nation building in a multicultural society. Call it a Nanny State if you like but the people of Britain need to know who they are, who takes care of them, who they need to protect, who their fellow citizens are, and what they should be grateful for.

On facebook yesterday, my cousin's Muslim friend praised her for taking the time to get to know Muslims and become true friends with them. Both women have lived in England all their lives and yet being friends is considered extraordinary. This anomaly has to be addressed from Reception Class up, across the nation.

Email ThisBlogThis!Share to TwitterShare to FacebookShare to Pinterest
Labels: education, my issues, religion, war against terrorism