I learned to read with Janet and John. When doing a teaching practice in the early 1980s, the school was clearing out old stock and, on seeing these old readers, I was immediately transported back to my learning to read days in the late 1960s. The school let me buy a whole set of Janet and John (almost whole - there are three books missing), including about 30 of the 40 or so Little Books. I was amazed by how familiar the stories were and how much I remembered. 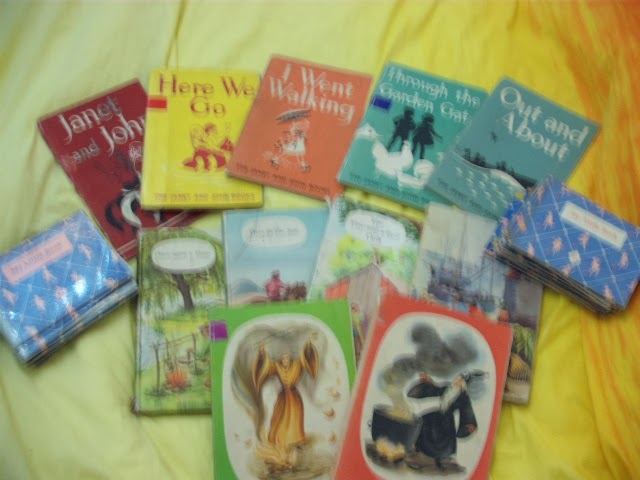 Once Upon A Time
*High on a Hill should come here. :(
Days in the Sun
The Five-and-a-Half Club
Over the Sea
It Must Be magic
Magic Everywhere.

They were first published in America between 1942 and 1949. Most of my copies are reprints from 1962. By 1964 Peter and Jane were in the shops. Janet and John were retired to a million stock cupboards around the UK. Lost to subsequent generations but living on in the memories and hearts of the Baby Boomers. 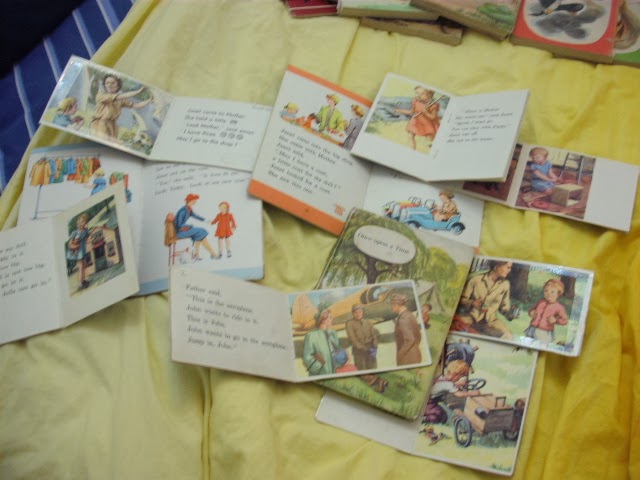 There's quite a lot of gender stereotype, not one non-white face in the whole series, and absolutely no phonetic reading practice - it was all whole word recognition. Even Peter and Jane included some phonetics when they realized that children were leaving Primary School unable to read.

I teach children to read and though I have a number of reading schemes that I use (ORT, Ginn, New Way - previously Gay Way in the 1960s), I decided to use Janet and John with DD. Last night I left her with some of the Little Books to look at when I left the room. I came back later to turn off the light and found she'd put a bookmark in one of the Little Books (it has only 5 pages) and placed it on her bedside table. 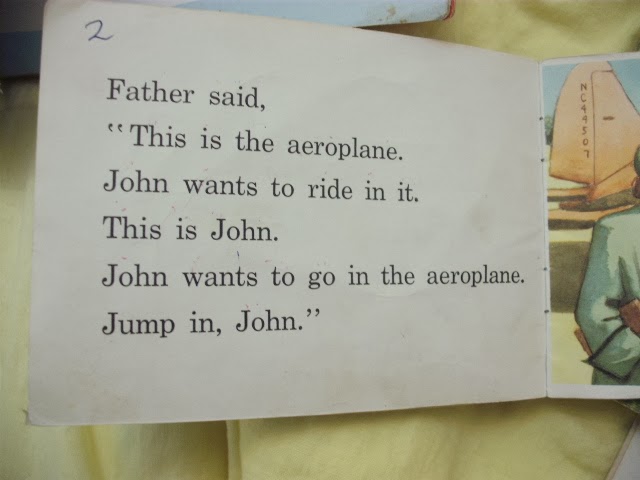 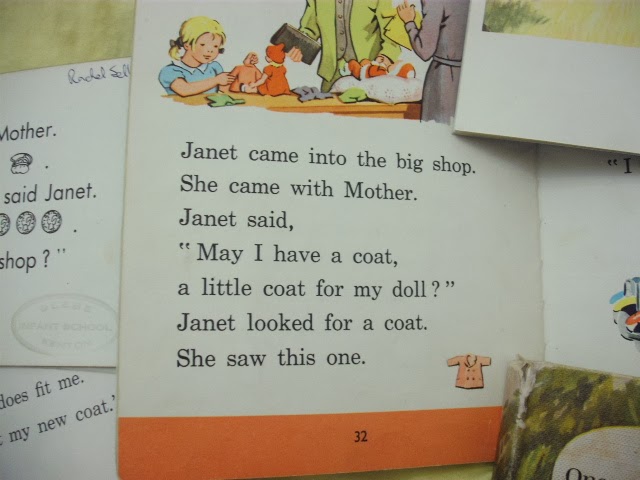 Do you remember Janet and John?

Email ThisBlogThis!Share to TwitterShare to FacebookShare to Pinterest
Labels: education