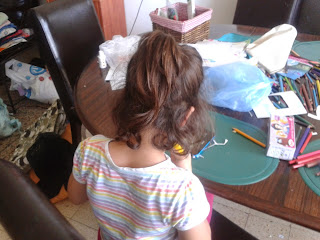 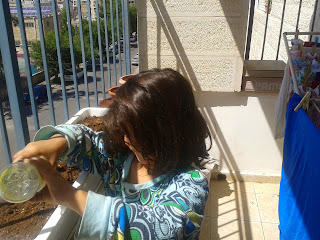 When I was a child in the 1960s my mother made me have short hair. I begged for long hair. I wore scarves over my head to pretend I had long hair. I covetted the long hair of various beautiful girls who seemed like princesses to me. I hated being called a boy - for some reason I was made to wear trousers aswell when I yearned to be more feminine in dresses and skirts.


The title of this post refers to how my dad would greet us on returning from work and seeing we'd had haircuts would exclaim, "Hello Haircut!" 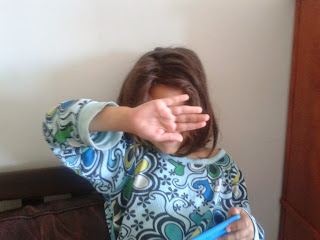 The line was that when I could look after my hair myself (i.e. brush it properly) I could grow it long. I passed the hairbrishing test at about 6 years old and never looked back. I had the longest hair it would grow to until age 15 when I had it cut short on a whim. Came out of the hairdresser and crying and didn't go back until I was about 45. 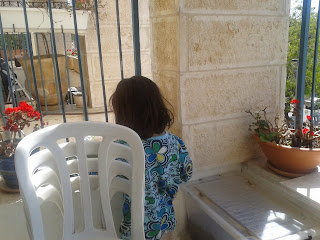 Thinking about it in later years I assumed it was because short hair was 'in' in the 1960s. Think Twiggy and that pixie look. And I thought maybe my mother couldn't be bothered with doing our hair every morning. Though I didn't think that was a good enough reason.

When I had my daughter I swore I would never make her suffer short hair. She loved her long hair and was always measuring it against her back to see how long it was. But oh the tangles in the morning. Oh the fights over getting those tanlges out. I was beginning to understand. 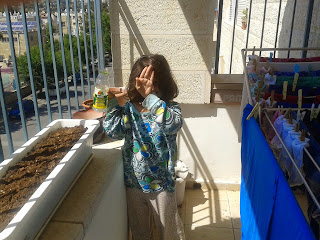 However, the final straw was the lice. All the kids have lice here. When it gets so bad we have a classwide de-licing night when the whole class is asked to do a teatment and comb them out. We have regular discussions on fb about the best way to de-louse. No one wants to use harsh chemicals. There's no point in expensive treatments as one loose strand of hair and it's like open borders and free passage into the UK. At the height of the season we sometimes admit that combing out with the fine-toothed comb and lashings of conditioner is in fact only population control rather than lice genocide. 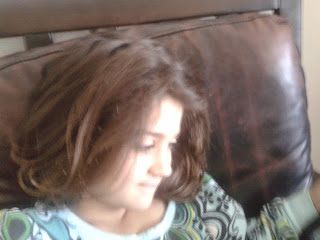 In the end neither of us could stand the combing out every b*&%dy night and the constant scratching. So, reader, with DD's permission, I cut her hair.

It looks great. She has the perfect hair that everyone wants - wavy but not too thick or frizzy. I wasn't allowed to take photos but I managed to sneak a few shots. We still have to comb out regulalry but it's so much easier and so few tangles that it takes a fraction of the time.

And when I told my mum she said, "why do you think I made you have short hair for so long?" I was amazed. I don't remember anyone having lice when I was a child in London. Lice was a throwback to Victorian street urchins. Sure we were checked sometimes at school by Nitty Nora the Flea Explorer, but no one expected her fnd anything. But apparently, there was lice. It was such a shameful thing that if anyone had it, it was a big big secret. Lol, here it's just a way of life. 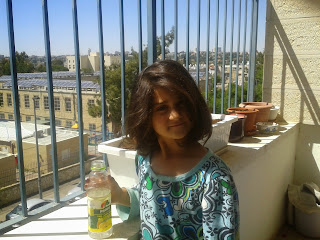