IOC What Are You Waiting For?

At the 2010 Winter Olympics in Vancouver, a moment of silence was held at the Opening Ceremony. Georgian, Luger Nodar Kumaritashvili died during training when he lost control of his sled and crashed into a metal barrier. On entering the Olympic stadium his seven teammates recieved a standing ovation for their courage in deciding to continue with the games from the 50,000+ spectators. Then the minute's silence was observed in honour of an Olympic athlete, one of the Olympic family. 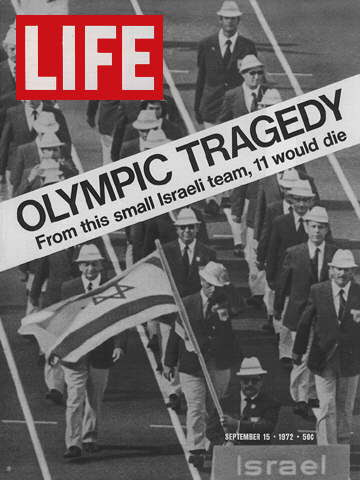 At the 1972 Olympics in Munich 11 Althletes were murdered by terrorists who broke into the Olympic Village at 4am and raided their quarters. You can read the full story of the Munich Massacre here. The International Olympic Commitee has never officially memorialized these athletes in any way at any Olympic Games since. The families of the murdered athletes have been asking for a moment of silence in their honour for 40 years.

The German Olympics in Munich was the first Olympic Games to be held in Germany since the Nazis and Hitler himself hosted the Games in 1936. In Israel there was much debate about whether they should attend. Would it be offensive to the survivors of the Holocaust? In the end it was decided to attend in the spirit of  putting sport above politics and to acknowledge that Germany was now run by a new generation with whom we were re-building relations.

No one is quite sure why the IOC will not honour the Israeli athletes who died on their watch but, as we mark the 40th anniversary of their deaths, enough is enough.

“These men were sons; fathers; uncles; brothers; friends; teammates; athletes. They came to Munich in 1972 to play as athletes in the Olympics; they came in peace and went home in coffins, killed in the Olympic Village and during hostage negotiations,” writes Ankie Spitzer (widow of fencing coach Andrei Spitzer who was killed) in a petition to the IOC for one minute of silence after 40 years. 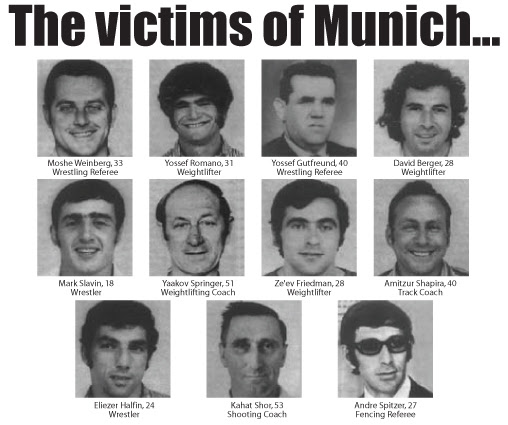 To the International Olympic Committee, they came to honour your Games in the spirit of peace among athletes and nations. They died on your watch. Is one minute of silence in their honour too much to ask? What are you waiting for?