I've finally found it - the fastest, simplest, biggest weight loss diet ever. It's called The Snowman Diet after our very own little Olaf who trialed the diet whilst wasting away on our balcony. Here is the chubby little fellow at 10:30 am on the day he came into our lives: 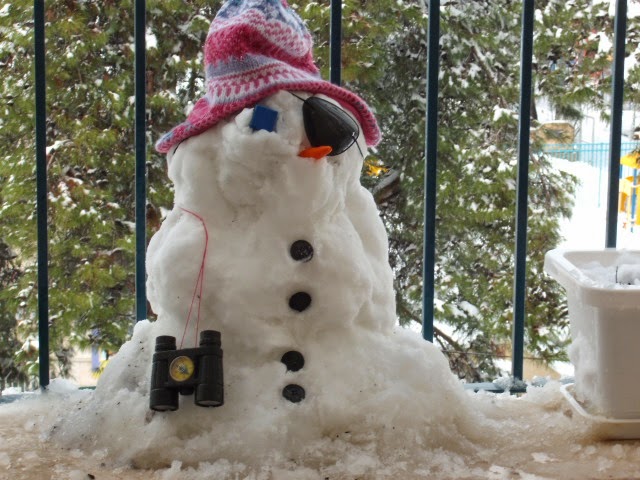 Six hours later on The Snowman Diet and he looked like this: 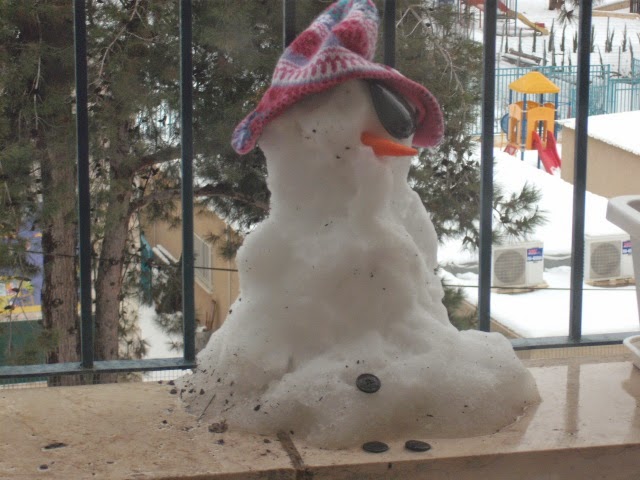 There were a few side effects such as the loss of an eye (his only good one in fact) and an elongated nose but his clothes were literally falling off him so it was all worth it. I swear to you that there has been no photoshopping on these pictures whatsoever. This is the genuine article, he really did drop about 30% of his body weight in only six hours!

We next weighed in after another couple of hours. So this next picture shows 8 hours on the diet. Notice his long, elegant, slimline, nose: 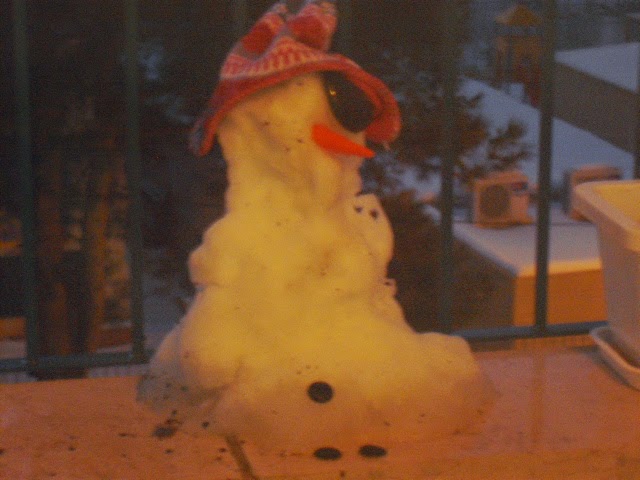 So far the diet had involved just sitting in the sun. No food was imbibed but, on the other hand, no exercise was necessary. This diet is especially suitable for those who abhor exercise.

Anyway, just as a plateau was seen to occur, as it does mid way through most weight loss programmes, we changed tactics. Our subject, Olaf, switched to sitting in torrential rain for the next few hours. Once again, for those worried about the exercise requirements - he didn't move an inch, we brought the weather to him. And only 3 hours later, 11 hours after starting the amazing Snowman Diet, Olaf looked like this: 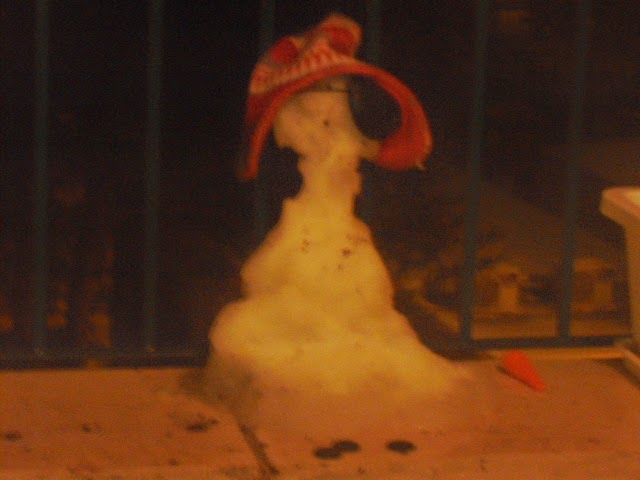 At this point we, the professional dieters, thought that he'd gone far enough and should probably stop the diet. However, he wouldn't hear of it and insisted on staying out in the rain. Between you and me, I think a tinge of anorexic psyche had crept in. Whatever, the client is always right, so we went with it. Two hours later we had to concede that this is not a diet you want to try at home. Our subject looked like this and was ailing fast: 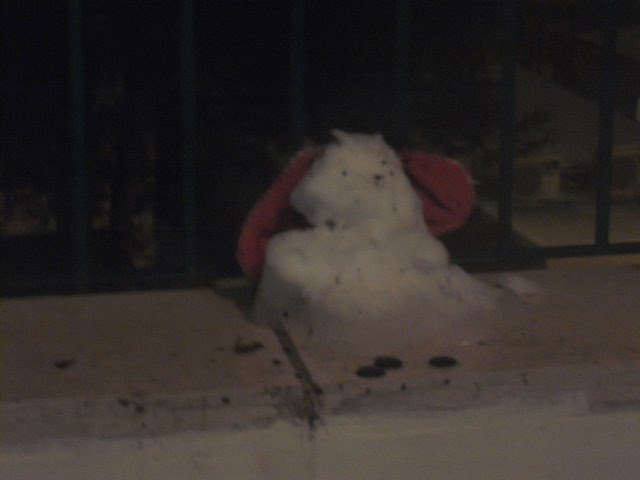 And here he is at half past midnight, after 14 hours on The Snowman Diet. After this distressing photo shoot, I went to bed: 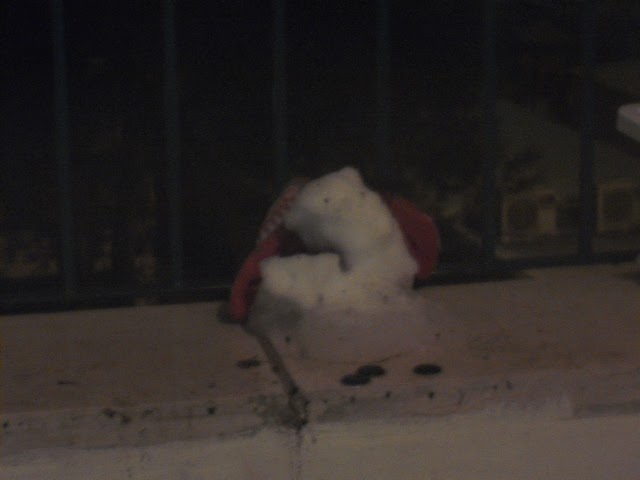 Surprisingly there was still something left of him at 9.30 in the morning after 23 hours of dieting: 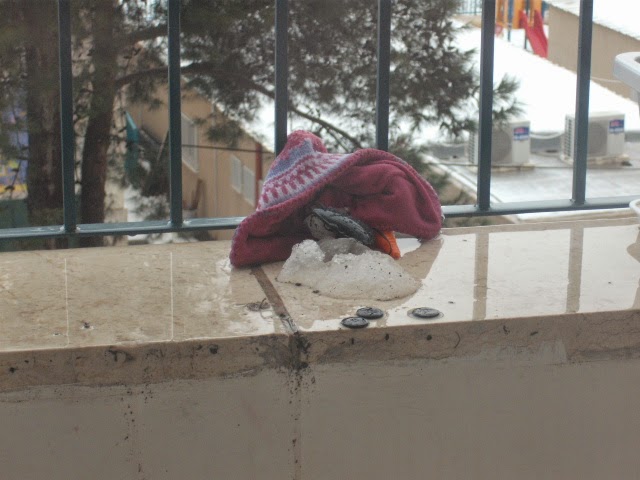 But by 10:30 am, exactly 24 hours after commencing the [now controversial] Snowman Diet, there was nothing left of him. R.I.P.: 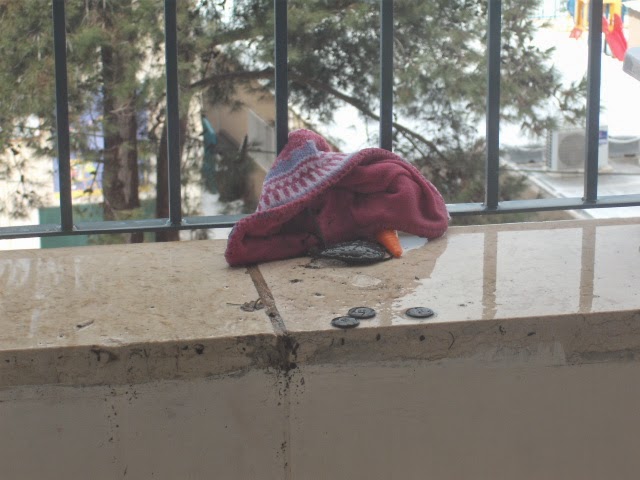 There is a conspiracy theory that at the 23rd and a half hour, the pizza delivery guy smuggled in some garlic bread and spicy dip, thereby providing enough sustenance for the snowman to ride away with him on the back of his motorbike and go live at the pizza parlour, near the stone oven, where there is loads to eat, and it's nice and toasty. There's a flaw in this theory, however, or several.

Verdict: This is not a diet to follow if you want to live as well as lose weight. For people who don't particularly care about living, as long as they are slim, The Snowman Diet could be the answer to your dreams.

Disclaimer: It's Purim next week, a Jewish festival in which we are encouraged to be very silly.