I get a lot of things passed on to me from friends with older girls and I take great pleasure in passing them on when we are done with them (the things that survive that is). When DD was born I bought an expensive carrycot/buggy/carseat combo and that was it! Everything else I needed for a new baby was given to me by friends and family.

I am also not a hoarder. As we grow out of clothes, books, toys, and equipment, they get moved on. Some people want their things back, some things go to families with younger children, some things do have to be chucked unfortunately (everything has a limited lifespan), and many things go to the Yedidya Bazaar.

So as I have started clearing out for the Yedidya Bazaar which is in only three weeks time and I've been reading Elaine's de-cluttering posts on Mortgage Free In Three, I was tempted by her lucrative activity on Facebay to actually sell a few items rather than be so generous this time.

Facebay is your local 'Buy, Sell, Swap' group on facebook. There's no packaging up and postage costs (especially great for larger objects and furniture), you just say pick up here, and they come and pick up in return for some cash. Simples. This was Elaine's experience last weekend.

This was my experience:

I posted DD's old bike for 150 shekels (about £25). I had bought it for £40 three years ago and the training wheels were missing. However, it's an excellent bike for a 4yo to learn to ride on as its so small. It took DD about five minutes to teach herself and I didn't have to run after her holding onto the saddle even once. 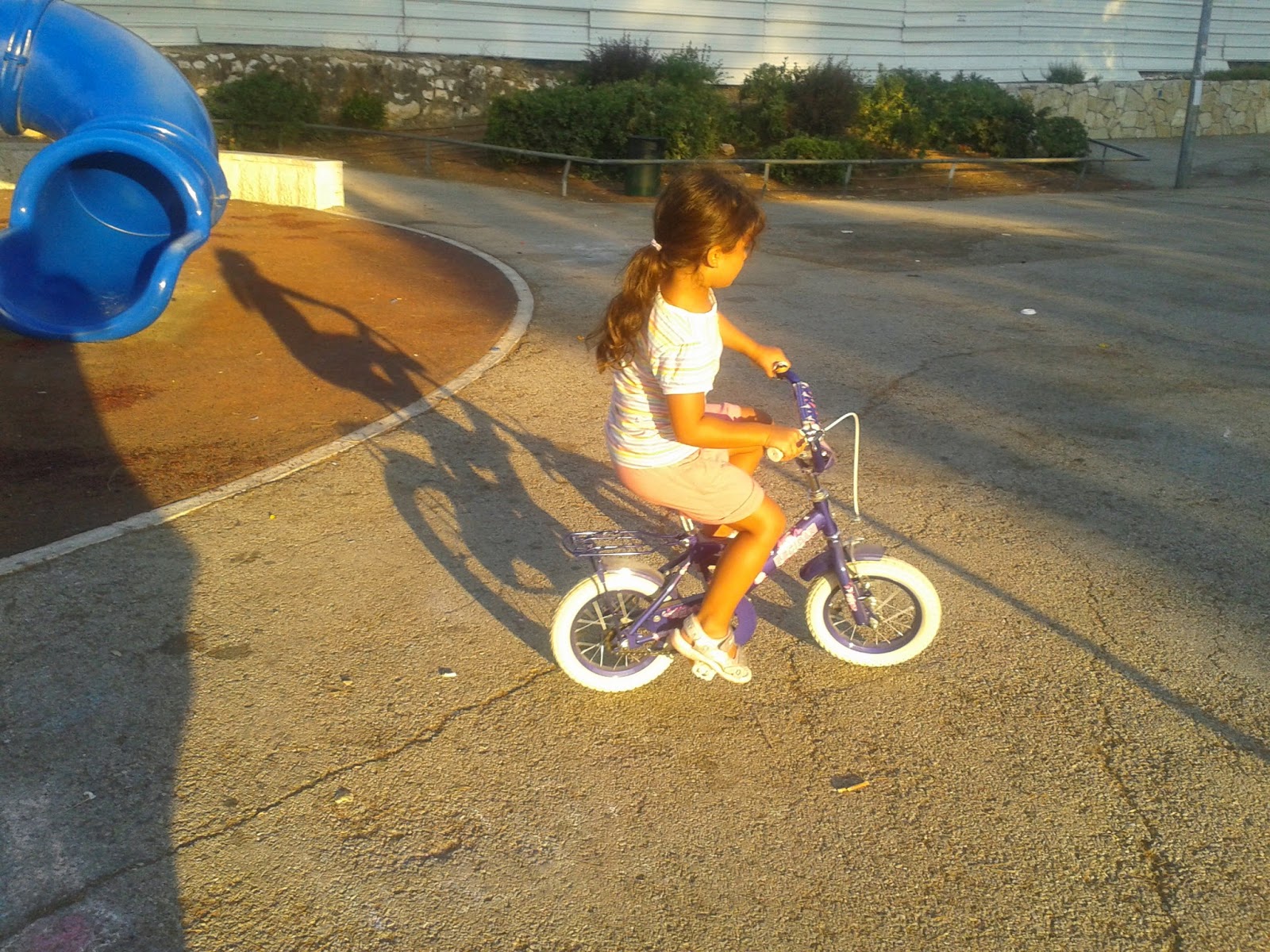 I was advised that this was too much to ask so I dropped the price to 100 shekels (£17). One person tried to bargain me down but I already felt bargained down so I declined. 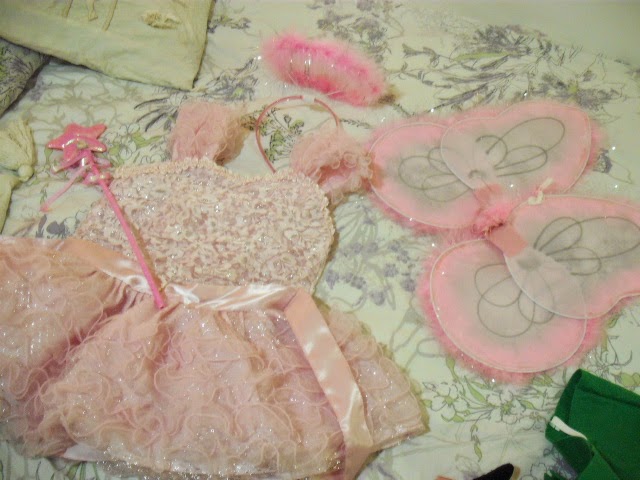 I also posted a selection of different Purim costumes. The festival of Purim is next week. It's our dressing up in costumes, Mardi Gras, Carnivale type holiday. The kids even dress up for school all this week. We had a dressing up box which DD is not interested in at all (she hates dressing up so much she told me she's not even doing it for Purim - deja vu.) So I thought I'd see if I could make a few bob. 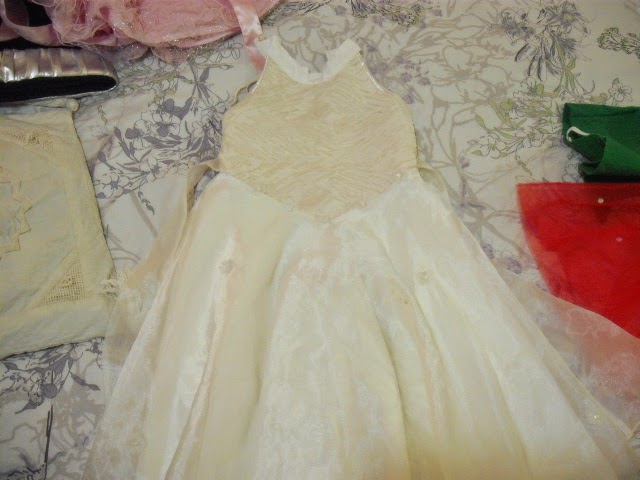 The fairy, the strawberry, and the the bride, 25 shekels each (£4), the pirate paraphernalia (left over from DD's pirate birthday party) for 20 shekels and the witch's hat for 15 shekels. I was asked if I could take the fairy costume to the town centre (6 shekels on the bus and about an hour of my time - no, sorry). Then a very nice lady with a 3yo came to buy it directly from my spare bedroom and gave me 25 shekels. Hooray! My first sale on Facebay. 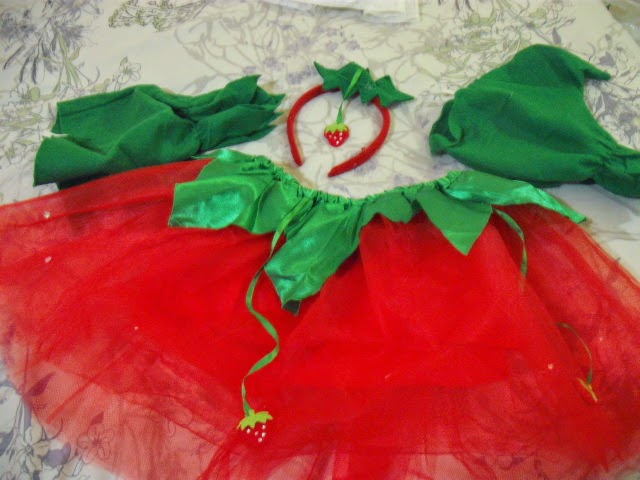 Then the new cooker was delivered (delivery pre-paid) and the guy asked me for a tip. I gave him 20 shekels. I'm not sure why I did that. Delivery was pre-paid and I had to pay them 100 shekels extra for taking the old cooker away, Apart from that, they delivered. I wasn't thinking - I was just so thankful to have an oven that worked and be rid of the broken one. This tipping business has got out of hand imo. So my 25 shekels was instantly cancelled down to 5 shekels (87p) 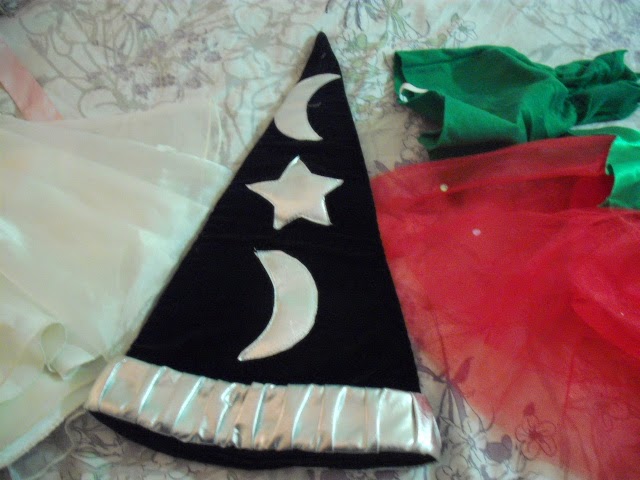 On Shabbat some friends came over for an impromptu Shabbat Lunch. The three children dressed up as pirates and the two guests took home swords, binoculars, eye patches, and belts - why not? The 5yo girl was also given the bride's dress and they borrowed (although I really don't want it back) the bicycle on which to learn to ride without stabilizers. The mother of the 4yo boy took the witch's hat - that's her fixed for Purim :). No one wanted the strawberry. And no money was exchanged obviously as these are my friends - we share loads of things. 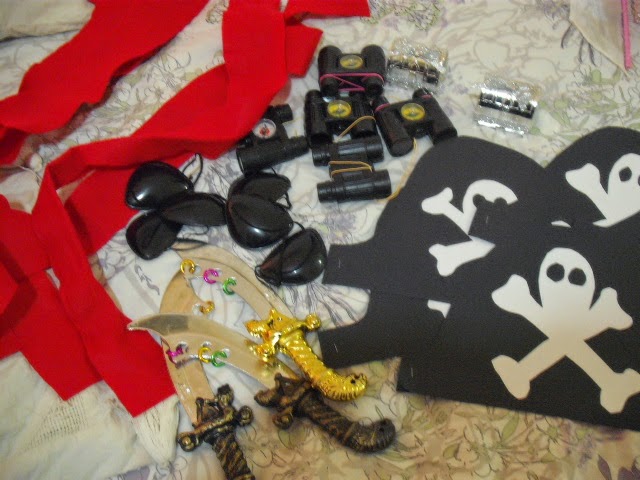 So the good news is that more 'stuff' has gone from my flat. The great thing is that lots of people are very happy (including the cooker delivery guy). I fully expect to receive in spades from the Goddess of Karma. Maybe I should give that extra 5 shekels to charity?