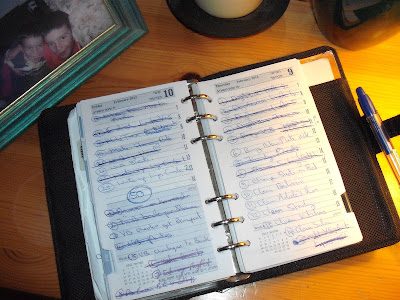 Over the past few years people I know, especially bloggers and vloggers, have been looking to tackle the new year in a more effective or meaningful way than the old fashioned resolutions. I've seen intentions, goals, an inspirational word for the year, affirmations, and anti-resolutions, to name a few.

January is the New Year for plans and preparations. I have school  reports to write for the end of the semester, an exam to give and then mark for my college students, I have a study full of age old photo-copies that it would be a shame to just chuck without making use of them, and other old records of taxes, pension plans, and national insurance that need scanning. I have also taken on a freelance writing job that is due to finish, including all the requested changes and edits, by the end of January. It would be nice to have next semester all planned and prepared too.

Thus the celebration for January is "Planning And Preparing" and the project is "Paperwork!" Tadah! I'll let you know how that goes.