The Plot Is Abandoned

They finally admitted that there was no way two new pre-fab classrooms complete with their own bathrooms, AC/heating, and child-safe playground outside with climbing equipment could be installed by Monday morning. You can read the backstory to this post here:

An Empty Plot
The Plot Unravels
The Plot Thickens

On Thursday (23rd August) evening, with only two working days to go before today when kindergarten starts the new year, the plot was abandoned. 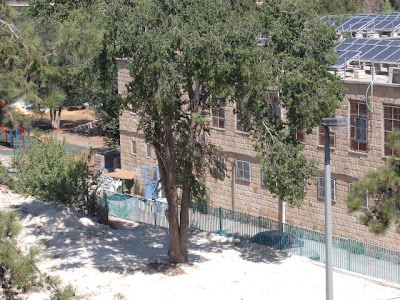 Instead we have been given some rooms on the ground floor of the existing school (seen in the picture above) that already has its own outside entrance to the corridor. They have been working flat out since Friday morning to adapt it into two a self-contained kindergartens. I went to bed at midnight on Saturday night and they were still drilling and hammering.

All day Sunday the place still looked like a building site. In the afternoon they put up metal fences to cordon off the original intended plot. They obviously still intend something for this plot - I'll let you know what it is when and if it happens. 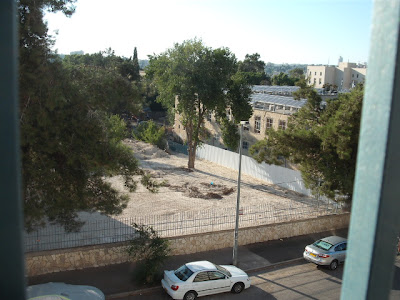 Meanwhile, I wasn't 100% happy with the thought of such young children in pre-fabs (even though it's been done many a time before) so I'm much happier that we have a place in the main school building where, incidently, there is already a playground with climbing frames and slides right outside. It may be a bit chaotic for a couple of weeks but we'll get over it.

Kindergarten this morning from 8am to 10am - Hooray!