A month ago I wrote a post called The Empty Plot. It was about how they only had six weeks to build DD's new nursery on a disused playground opposite us. I waited and waited for some building activity and nothing happened. Then today, just after lunch, in the middle of our First Proper Playdate, I heard the music of metal on tarmac. We rushed outside to watch, me frantically grabbing my camera like a blogging pro. It had begun! 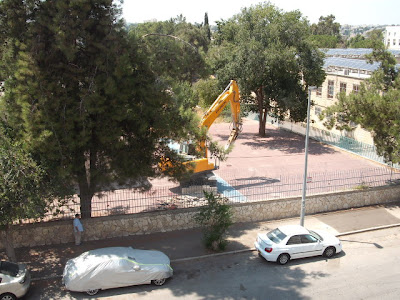 I was a bit concerned later when the excavator (as I was informed by our 3yo playdate visitor when I called it a digger) started to attack the tree. I hoped it wasn't going to uproot the whole thing but it turned out to be a mere pruning. 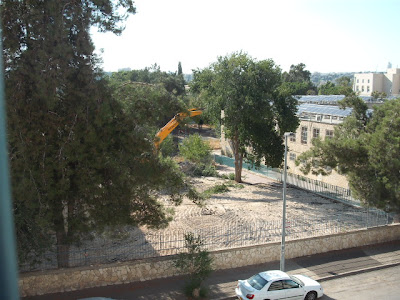 
At the end of the day all the tarmac had been removed and the site looked like this. My apartment was covered in a not so thin film of dust and I suddenly realized that I would not be hanging any washing out to dry for a few days. But it is exciting nevertheless. I'll keep you posted. 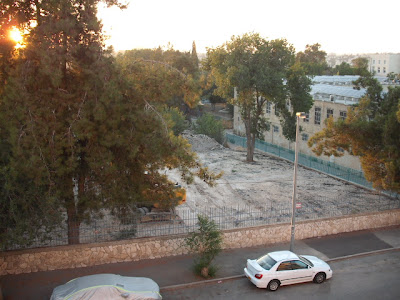