Five years and two days to be precise. I remember walking home from the nursery with my friend Shira as she explained to me what a blog is and how to set one up - basically google blogspot and follow the instructions. A few hours later and I was a blogger. 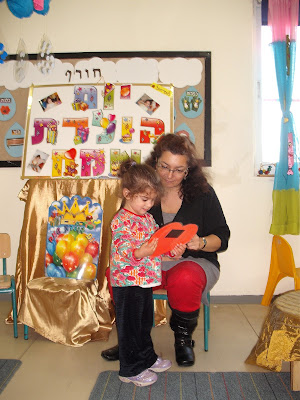 The first post. Cute. I got some encouragement from veteran bloggers who I later discovered were only about three months ahead of me in the game. I think Gemma was my first blog friend. And I now see that Jazzy commented on that post so I guess we've also known each other for five years. Reading back over some of the posts I wonder if maybe a blog cull is called for. Not all posts are keepers.

I joined a couple of online parent bloggers' groups in the US and followed some blogs. It didn't take me long to realise that I felt more at home with the British bloggers.

At the time I was the mother of a just 2yo who'd been in full time childcare since September. I was fast coming to the end of the money I'd saved up to allow me to be a fulltime mum for a while and I'd not yet found gainful employment.

The job in publishing where I wrote educational textbooks no longer existed as the company had folded with the ongoing global recession. I loved that job. Shame.

I went to a first interview in a non-profit organisation run by Americans with serious career-heads. The hours would have had me dropping DD off at nursery at 7.30 (when it opens), running out the office door to catch a bus to pick her up at 4.30 and every bus ride being fraught with anxiety in case I was late. And what if she were ill? What if she were sick for a week? I couldn't take the stress and embarrassment of having to call in sick on a regular basis.

I needed to get back into education somehow, somewhere. But how? Where? And meanwhile no money left.

My apartment was a mess. Full of baby equipment, too much furniture acquired over the years for previous abodes and that never quite fit into this one. Boxes of donated baby clothes till about age 8 (yes we're still wearing some of it now). Too many books (yes you can) and too much stuff in general.

I was bored, underemployed, eating for comfort and lonely.

Fast forward five years and what has changed?

I found that perfect job in a Teacher Training College which got me back into a work environment I love. It took a few more years of miracles (I honestly don't know how I managed to keep afloat for the next four years) before finally having enough work to actually cover the monthly expenses. There's little to spare but at least the fear of losing everything has been erased. This final piece of the jigsaw puzzle only fell into place during the last few months. It's not perfect by any means but it's a lot more secure than previously.

I also started paying myself first, as they say in all the how to be a millionaire books. I've been putting away a small amount each month. Money that I thought I couldn't afford to save has been saved and it's starting to add up to that small-medium emergency fund you're supposed to have. Another leg of security.

I embraced decluttering and minimal(ish)ism. 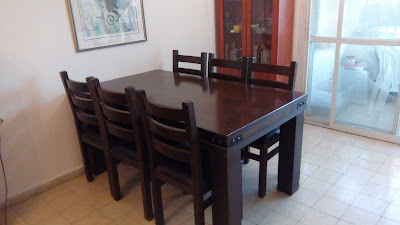 The baby equipment and the toys in the living room have long gone. The boxes of hand-me-downs have been worn and handed down again. Books were culled and five bookcases (yes five!) were let go. OK, I replaced two of them with two smaller bookcases but we're still three down. A desk went, a new wall turned a walk-through room into a proper bedroom, a second toilet and a proper shower were installed in place of the old bath, and finally just this week I got my new (2nd hand) dining table which is the right shape for the room. Less is definitely more manageable and more comfortable to live with. I'm loving the space.

Blogging has changed my life and saved my sanity. I joined facebook and twitter only to publicise the blog - I didn't really get it before. Both these platforms have led to networks of new friends (twitter) and reconnections with old friends far and wide (facebook). Groups have allowed us to share information, conversations and all sorts of entertainment without the need of a babysitter.

Best of all, it's all written down. Well most of it. Not the really private bits. It's like a journal with photos and public feedback. 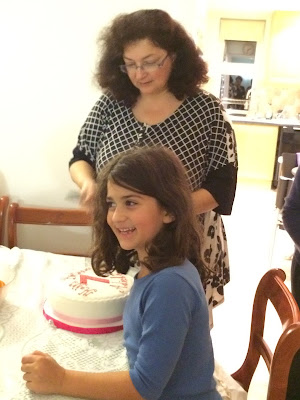 I am still overweight. It's a process.