Magnified, Sanctified, Be Thy Holy Name 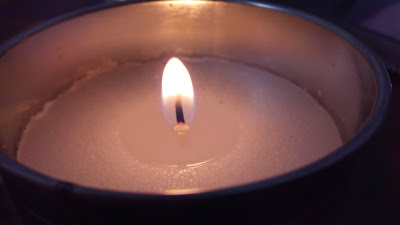 As I wrote yesterday, I had decided to say the Kaddish prayer every day for the 11 months of mourning, at home, alone with my thoughts and my feelings, and without rules and regulations about how and when I should say it. It's not very long and it only takes a couple of minutes to say. I left my prayer book out on the sideboard where I'd see it every day and it would be handy with the silk page marker in the Kaddish page.

Now here's an interesting fact for those who don't know. Jewish days start in the evening at sundown and end the next evening at sundown. That's why our Sabbath starts on Friday night and you can go out and party on Saturday night. So you need to say Kaddish before sundown or it's the next day and you've missed it for that day. Of course I could have made it my habit to say Kaddish every night before I went to bed but I liked saying it in the morning when the day and I were fresh.

I cannot tell you how many days I missed as I caught sight of the prayer book on the side and and simultaneously noted that darkness had fallen outside. That being said, the notion of Kaddish meant that I thought of my Father every single day for the first half of the year, even if it was just to say, "oh no! I forgot to say Kaddish.... again!" So it definitely served its purpose.

After about five months things shifted a bit. Some of it has to do with the nature of the Kaddish. If you don't know what it is already, you'd think it was a prayer asking God to be merciful on the soul of the departed or something about comforting the mourner. It is, after all, called the Mourner's Kaddish in the prayer book. Nope. None of that. It's a prayer of Praise to The Lord. Just that. Magnified, Sanctified, Be thy Holy Name as Leonard Cohen sang in You Want It Darker. (Some say that Leonard Cohen was saying his own Kaddish in this, his last song.)

Various commentaries have explained it as taking you out of yourself in that even in our darkest moments we give praise to God. Another angle is that we focus on the bigger picture by praising God and acknowledging that the whole of life is part of God's plan. I was a bit shocked to be honest. However, after googling it, I did gain some comfort from the bigger picture explanation.

For the full account of my journey through mourning see:
What is Shiva
The Phone Call
The Funeral
Our Shiva
Yarhzeit
Kaddish and Me