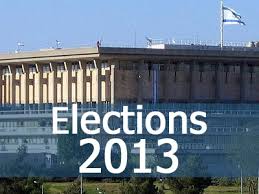 Today is Election Day in Israel. As we go to vote for the 19th Knesset I am 99% certain who I am going to vote for. I decided (almost) finally after doing an online quiz that analyzes your opinions and graphs where you stand on the political map. I fell directly on top of the party I had been leaning towards but still feel a slight pull towards another party because... well because (if I told you you'd know which party it is). To make it more confusing, after pre-election agreements between parties, the two parties I favour are on opposite sides.

There are 34 parties running but only about 18 end  up represented in the Knesset. Each party has its basket of promises. You have to decide how much you weight security issues, economic issues and social issues. You have to look at the personalities involved and cross off (or  not) all those with a criminal record or who are currently being indicted (unbelievable but true).

There is no direct representation. I don't have an MK responsible for me and my neighbourhood. Each party has a numbered list. If you are number 5 on the list and the party gets 5 seats, you are in. If your party only gets 4 seats you are out. On the other hand, if I want to lobby for a particular cause I can go to any MK and I would choose one most sympathetic to my cause.

Then you vote. Then the seats are dealt out proportionally. You need 2% of the votes to gain one seat. Excess votes, for parties that don't cross the 2% threshold, and partial seats, are transferred to the strongest party so don't waste your vote. No party has ever won an outright majority of more than 60/120 seats. The Government will be formed by a coalition. The strongest party gets 42 days to form a coalition of over 60 seats. 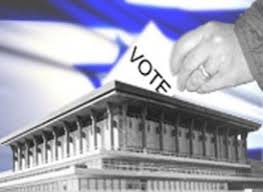 Usually they manage as the smaller parties need to be in the government to have any clout at all. So they have to compromise on their promises - the promises that got them their seats in the first place. But if you don't bend you're out and you can't do anything. It's easy to be cynical but it's a complicated game of finding the optimum position for your manifesto.

It's a national holiday. The whole country closes down - except for shops and restaurants. The business sector loses a billion+ shekels but the shops rake it in. We are going to the zoo for a change. After I've voted of course.

Email ThisBlogThis!Share to TwitterShare to FacebookShare to Pinterest
Labels: life in Israel, my issues