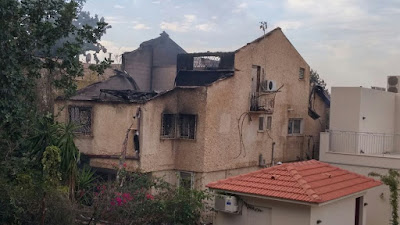 I have a personal rule that I never publish two blog posts in one day. For more of the background see my previous post. Except that today I'm going to break that rule because I just read this personal account from Rachel Creeger on facebook, of how she escaped the fires in a village where I know several people. I have copied and pasted it in full.

Email ThisBlogThis!Share to TwitterShare to FacebookShare to Pinterest
Labels: life in Israel, war against terrorism